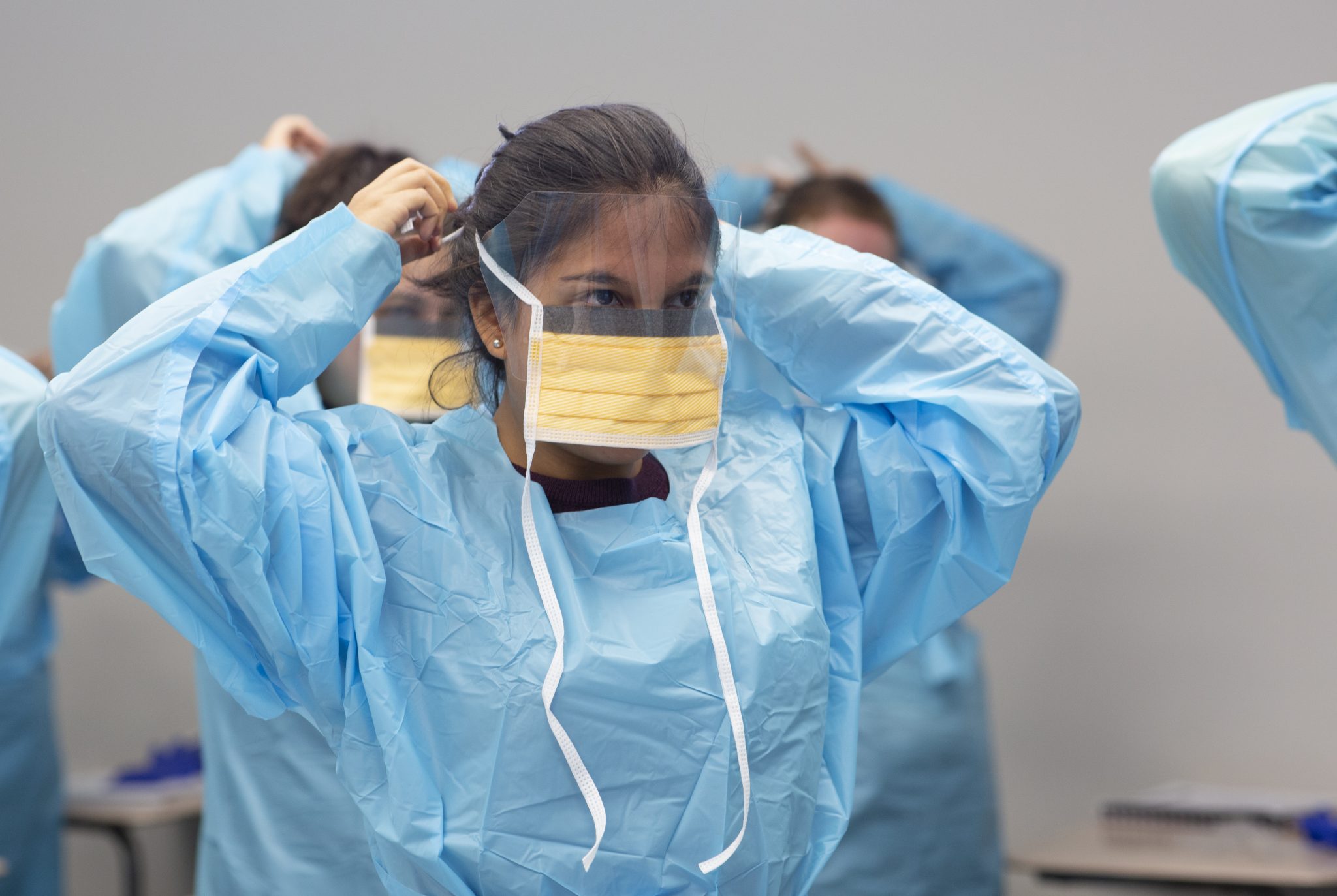 SAYREVILLE – In a split vote, Sayreville officials have implemented a mandate requiring indoor facial masks through the month of January.

On Jan. 3, the Borough Council voted 3-3 on a resolution for the mask mandate, which is intended to prevent the spread of coronavirus. Democratic Council President Michele Maher and Republican council members Eunice Dwumfour and Christian Onuoha voted “yes”; Democratic council members Vincent Conti and Mary Novak and Republican Councilwoman Donna Roberts voted “no”. Democratic Mayor Victoria Kilpatrick, who can only vote to break ties, cast the deciding vote in favor of the mask mandate.

The mandate was officially implemented on Jan. 4 and will be in effect until Jan. 31, according to the resolution. It requires facial masks to be worn in all areas of indoor public accommodation, including government facilities, restaurants, bars, gymnasiums, dance studios, recreation facilities, retail stores, cafes, supermarkets, convenience stores, places of worship, commercial establishments, barbershops, banks, healthcare facilities and hotels.

According to the resolution, residents, visitors, employees and patrons of the public facilities must wear a face mask at all times, except when actively eating or drinking or six feet apart from all others for an extended period of time. Children under the age of three are exempt from the requirements.

The resolution states that the mandate is being put into place to mitigate the burden on the healthcare system and emergency responders from the coronavirus. Kilpatrick said Sayreville had 107 coronavirus-related deaths, the most in Middlesex County.

The mask mandate drew both support and opposition from members of the public.

Among those in favor of the mandate was Jim Robinson, who felt it was important to protect employees at public establishments.

“If you want to put yourself in harm’s way, that’s your choice and that’s your right, but if you’re putting some grocery store clerk in harm’s way, I just don’t think that’s right,” Robinson said. “I was at a restaurant in town and the person serving didn’t feel safe when somebody came in without a mask.”

Others, including Karen Bebert, questioned the effectiveness of the masks and the mandate potentially having a negative effect on businesses.

“We’re so deep into this pandemic, it doesn’t seem like the masks have been that effective,” Bebert said. “I just don’t see how the government regulation will help. I think it might impede people from going into businesses, which are already hurting.”

Although Onuoha shared concerns about the masks’ effectiveness, he found it was necessary for the governing body to take action against coronavirus.

“The last thing I would ever want is to visit someone in my life that that was negatively affected by this [virus] and for them to say that I could have prevented this,” Onuoha said. “We’ve seen how the lack of action would still affect us. Something must be done.”

Dwmfour, noting that she previously worked as an emergency medical technician (EMT), cited coronavirus’ effect on the medical industry in supporting the mask mandate.

“I have some of my former co-workers calling me and crying,” Dwumfour said. “Our trauma units are being wiped out. If someone has a gunshot wound, nine times out of 10, they’re going to be averted because the units are packed with COVID-19 patients.

“I am in favor of choices,” she said. “You have a right to do whatever you want to do with your lives. But that is the reason why [the mandate] is just 28 days. Let’s see if it works. We don’t want a situation where things will mature when we finally do something about it.”

Novak, who also worked as an EMT, stated that only certain masks would prevent coronavirus from spreading. In voting “no,” she criticized the resolution for not stating the penalties of violating the mandate.

“This is a feel-good piece of legislation,” Novak said. “We can’t enforce this. You’re telling people they have to wear a mask, but there’s no punishment if they don’t. You’re putting store owners in a position of trying to enforce it with their customers.”

In addition to holding concerns towards the effectiveness of masks, Roberts also felt that the governing body did not have the authority to require individuals to wear them.

“We don’t have any proof that masking does or does not stop anything or prevent anything,” Roberts said. “It is applied inconsistently. It does tend to hurt businesses and seems to be empowering a new subculture of mask police, fighting and discontent with those who have a mask and don’t have a mask.

Conti believed the resolution should be tabled to improve the wording of the mask mandate.

“With this kind of a debate going so strong on one side and so strong on the other, I feel like we may need to sit down and take another look at it,” Conti said. “Write it perhaps in a way that satisfies more people and there’s not such a 50-50 split down the middle.”

The deciding vote was given to Kilpatrick, who cited her experience with contracting coronavirus in approving the mask mandate.
“I’m going to go with my heart and as a COVID-19 survivor,” Kilpatrick said. “I do not wish any of this, what I suffered through and what I watched so many family members suffer through. One hundred and seven of our residents have lost somebody. Let’s give it a shot and let’s pray that we’re all safe and through this.”

However, the Sayreville GOP released a statement after the meeting stating the mandate may not be valid due to a procedural issue.

“Audio issues may have had something do with the confusion that ensued as the mayor immediately called for a vote on the resolution, with two Democrats and one Republican voting against the mandate, and two Republicans and one Democrat voting in favor of the mandate. The mayor broke the tie, appearing to pass the resolution,” the statement reads.

On Jan. 5, Roberts wrote a letter to Kilpatrick requesting a special meeting to address the motion to table as it should have occurred at the meeting to correct the procedural error, otherwise this matter will need to wait until the next council meeting scheduled for Jan. 17, according to the statement.

“I believe that since the resolution was tabled, it means that the vote is invalid and there is no mandate,” Roberts said in the statement.

To read the full text of the mandate, visit Sayreville.com.