Metuchen forging ahead with a number of projects; final decisions expected for a new emergency services center 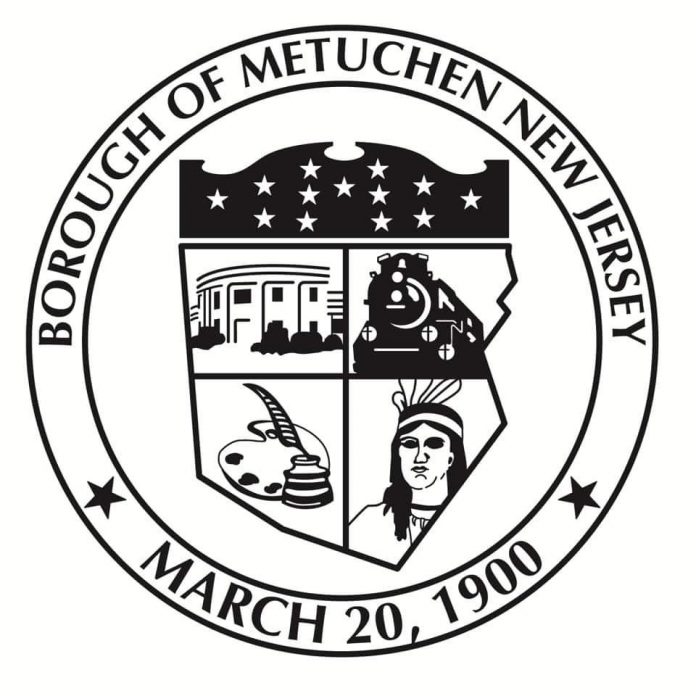 At the time, it was a year before he became mayor, but had opened his non-retail business The Busch Law Group LLC at 450 Main St.

“I want to work and live in a place where there is action,” he had said, adding his business would benefit tremendously from additional foot traffic downtown.

Fast forward six years later, not only is Busch’s business flourishing with 12 attorneys, but the entire Metuchen Downtown Alliance (MDA) district is flourishing.

“When all current planned business openings are complete in 2022, there will just be one vacant storefront on Main Street,” said Busch, during his annual address at the Metuchen Borough Council’s reorganization meeting on Jan 1. “Despite the extraordinary challenges that came with the pandemic and a variety of other economic factors that tend to disadvantage small businesses that reside here, this is a remarkable statistic of only one vacant storefront. It seemed almost unimaginable in 2016, the first year of MDA. Yet here we are just six years later surpassing the expectations of the most optimistic among us.”

Indicators of Metuchen’s success of economic stability is the upgrade of the borough’s bond rating to Aa1 – the second highest possible rating for a local municipality. Moody’s Investors Services informed the borough of the upgrade in the fall.

“Moody’s explained the new rating reflects the borough’s positive financial trend, which has led to a very strong reserve position,” Busch said. “A high bond rating like this reflects extraordinary third-party confidence in financial decisions that we have made.”

Another indicator is the borough’s strong housing market.

“According to local realtors, Metuchen’s housing market is among the strongest it has ever been,” Busch said, noting the borough has become a regular part of the “where to live” conversations among families looking to move to the region.

During the summer, Busch and his family hosted nearly 200 new residents at their home.

“Many of them had just moved here before or during the pandemic and hadn’t had the opportunity to meet their neighbors,” he said. “In speaking with them it was heartwarming to learn the reasons why they chose Metuchen and how consistent those reasons were.”

Those reasons included “the desirability of our region, the quaintness of our downtown, the diversity of our residents and most importantly our tight knit community.”

Busch reflected on the many highlights that brought the “tight-knit community” together last year.

Team Vaccine was a dedicated group of 24 volunteers who helped fellow Metuchenites find and even drive them to vaccine appointments.

“We also worked with our school district officials to help forge a close relationship with Hackensack Meridian to vaccinate as many school staff members as possible,” he said. “Exceptional efforts like these rapidly made Metuchen one of the most vaccinated municipalities in state. The combination of these efforts kept our infection rate low, more than it would have otherwise been, and allowed more of our children to get back to school.”

Metuchen officials teamed up with officials in Edison and state legislators to prevent the “Lucille Ball Pond” – on the corner of Clive Street and Mason Drive on the border of Edison and Metuchen – from being developed.

“The pond is actually a glacial kettle pond that has existed since the Ice Age,” Busch said. “We invited [New Jersey] Department of Environmental Protection representatives to show them our concerns firsthand and just days later we were advised that our collective advocacy resulted in a determination that has now saved this environmental treasure.”

Metuchen was also able to secure over $1 million in grants for the borough by working with officials from Gov. Phil Murphy’s office and officials representing Metuchen on the federal and state levels.

The grants will support several critical projects including the paving of multiple streets, a new bridge at Kahn’s crossing, renovations to the senior center, and the removal of dangerous trees throughout the borough, Busch said.

Among the most significant grants the borough received last year is for the complete field renovations and returfing at Myrtle Field, which is the most frequented park in the borough. The work on the field is scheduled for completion in time for the spring sports season, the mayor said.

Efforts led by Councilman Jason Delia resulted in the passage of the New Jersey Safe Passing Law, known as Oscar’s Law. The new legislation, which the governor signed into law in August, requires drivers to move over into another traffic lane when passing people on bicycles and scooters and pedestrians walking on roads with no sidewalks. It offers similar protections to the current law that requires drivers to slow down and move into another lane when passing first responders.

In Metuchen, the issue of protecting the safety of cyclists on the roads became a personal cause for many people following the death of Oscar Zanoni, a resident who was fatally struck in a motor vehicle accident on Jan. 3, 2020, while riding an electric tricycle on Route 27 in Edison.

In addition, the borough continues to hear resident’s concerns about the raising of historic structures. The borough has hired a professional expert to develop a historical preservation element, which is a significant step to help protect resources such as parks, archeological sites and districts.

In the year ahead

This includes preserving the access area to the vast Peter J. Barnes III Wildlife Preserve and prevent new industrial warehouse distribution facilities and truck related uses to move into what is known as the Gulton Tract.

On Dec. 22, Middlesex County officials announced their intention to work with the borough to acquire 18.7 acres of land in Metuchen to later become part of the Peter J. Barnes III Wildlife Preserve.

“This project … will transform the northwest quadrant of our borough by opening it to the public, Metuchen’s most beautiful, natural asset and the largest section of open space for passive recreation that we have,” Busch said.

“Many residents don’t even know this natural wonder exists because it has been largely blocked from its use by dilapidated warehouses and previously contaminated by the former Gulton factory, which once stood there,” Busch said.

And in the last few weeks, they have planted 3,000 native species trees on the property.

The borough is also continuing to perform critical work in the planning phase for the Metuchen Arts District and continuing to finalize details of the construction of a new emergency services center that will house the borough’s fire department and emergency medical services (EMS).

“During the last few years several real estate and cost obstacles have arisen that have delayed this project far longer than any of us could have imagined,” Busch said of the new emergency services center.

The mayor said they are optimistic about making important final decisions within the next few months as they continue to work with representatives of the fire department and EMS.

During the reorganization meeting, Delia and Joel Branch were sworn in to their seats on the dais.

Delia was nominated to serve as council president.