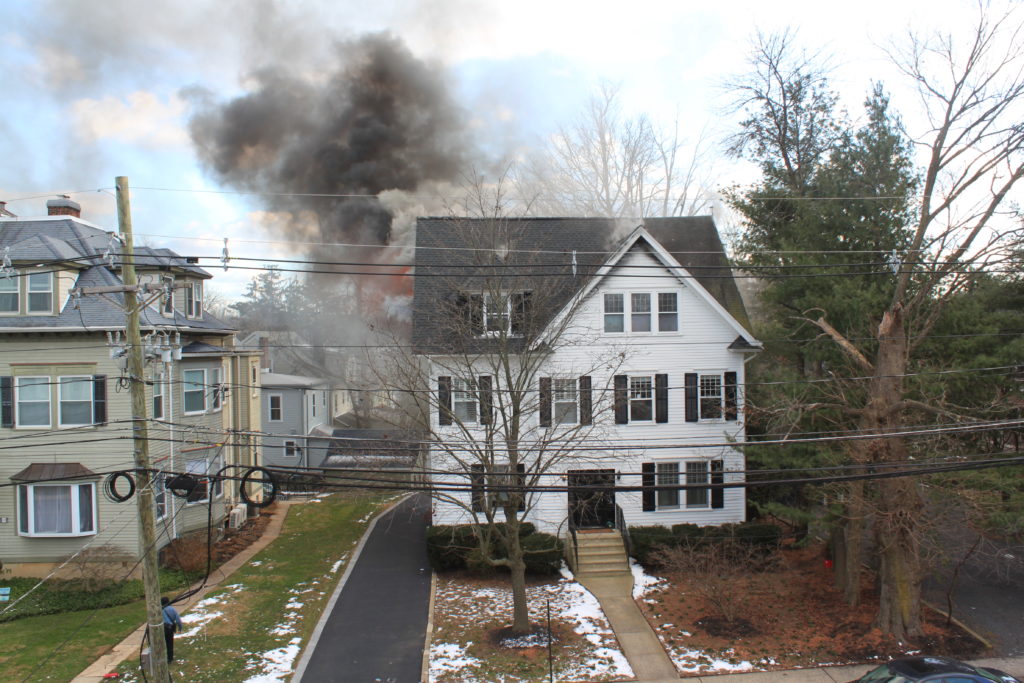 Three households have been left homeless by a fire that started in the third-floor condominium at 37 Wiggins St. around 3 p.m. Jan. 10.

A red sticker declaring the building to be uninhabitable was placed at the entrance to the house by the Princeton Building and Construction Department.

Jeff Wiltsey, who reported the fire, was working around the corner on Madison Street when he smelled smoke.

“I thought it was a wood stove or a fireplace. I saw a big cloud of black smoke. I walked toward it. The smoke was coming from the siding and the roof of the house,” Wiltsey said.

Wiltsey said he called 911 to report the fire. Police officers quickly arrived on the scene, and then the Princeton Fire Department arrived, he said.

Yeh, the town’s director of Emergency Services, said he could see heavy smoke and fire coming from the rear attic area. He said he was responding from two blocks away from the fire.

Yeh praised the firefighters, who did an “excellent job of confining the advanced fire conditions” to the attic area.

The fire reached two-alarm status because of the need for more firefighters.

There were no injuries, Yeh said.