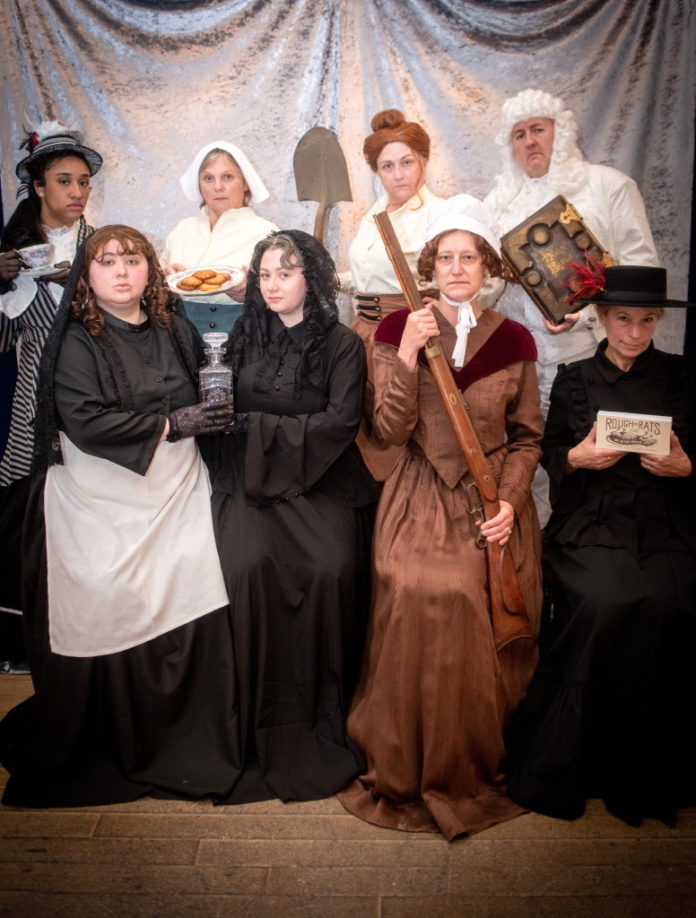 What happens when you put seven real-life, true crime Victorian female serial killers in a room together somewhere in limbo between heaven and hell as they wait to discover their eternal fate?

David J.V. Meenan’s new comedy, “Accidentally on Purpose,” will make its premiere debut at the Middletown Arts Center, 36 Church St., Middletown, from Feb. 4-6, according to a press release.

“Accidentally on Purpose” is a comic thriller and attendees will find Gesche Gottfried, “The Angel of Bremen,” southern belle Lavinia Fischer with her “Sleepy Time Tea,” Irish sisters
Margaret Higgins and Catherine Flanagan, “The Black Widows of Liverpool,” Chicago’s Belle Gunness, “The Lonely-Hearts Killer,” Tillie Klimek, “Psychic Extraordinaire,” and London’s Marie Manning, who only did it “one time,” as they vie for the one spot to move up the ladder. Attendees will know the killers did it and will get to find out how, according to the press release.

There is one man, Frederick, in charge of the waiting room, or so he thinks, that the “ladies” have been assigned to. The women quickly discover there is only one golden ticket available to advance and Frederick now controls it.

Who will get the ticket? Can they convince him of their innocence, after all their combined murders tally more than 100 victims? Twists and turns take attendees through their unlikely journey together as the audience sees if they really did it “Accidentally On Purpose.”

The play is written and directed by David J.V. Meenan and produced by VIP Theatricals, according to the press release.