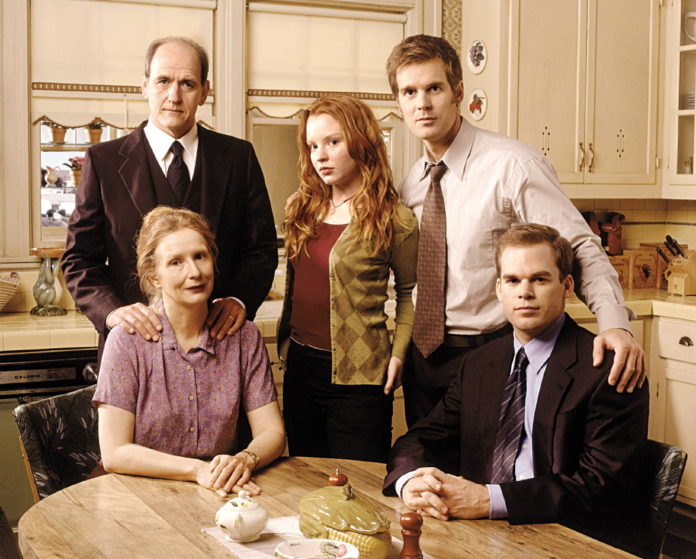 Cheers to General Hospital
for getting our hearts pumping with a good ol’ fashioned love triangle. Now that Cameron Mathison’s presumed-dead Drew is back in Port Charles, we’re dying to see how he stirs things up for his ex Sam (the fabulous Kelly Monaco) and her current beau Dante (Dominic Zamprogna).

Jeers to HBO Rebooting Six Feet Under.
The net should bury its plans to possibly resurrect the beloved funeral home–set family drama that starred (pictured, from left) Richard Jenkins, Frances Conroy, Lauren Ambrose, Peter Krause and Michael C. Hall. It had a perfect finale, and those only come once in a lifetime.

Jeers to Live in Front of A Studio Audience
for showing its age. As much as we adore Jennifer Aniston and her costars, surely ABC could have hired up-and-coming actors to play Mrs. Garrett’s girls in the Facts of Life redo.