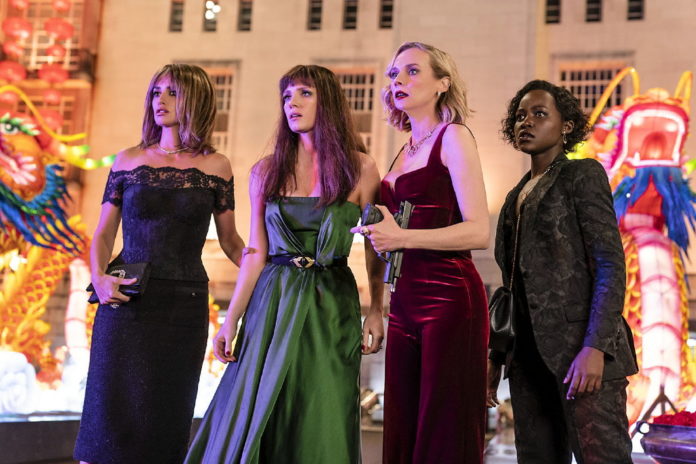 A CIA agent goes wrong and joins forces with intelligence forces from around the globe to prevent chaos from being unleashed on a world stage. Can these intelligence gurus move beyond their differences to share their talents and protect us all? This is the story of The 355, in theaters now.

Mace Browne (Jessica Chastain) is one of the best in the CIA’s employ. On a routine mission alongside agent Nick Fowler (Sebastian Stan), Mace lowers her guard. The rare softening of her hard exterior leads to a failed mission and a lost partner. Upset at the mission failure but enraged at the loss of Nick, Mace sets out on her own to settle the score by finishing the mission and retaliating for the loss of her friend.

With no agency backing, officially of course, Mace needs all of her knowledge of the intelligence game to succeed. She enlists individuals from other agencies to complete the task. Former MI6 operative and friend Khadijah (Lupita Nyong’o), who specializes in computers, German intelligence competitor Marie (Diane Kruger) and Graciela (Penélope Cruz), a therapist working for the Colombian government, are all coerced to work toward a common goal: keeping the world safe.

Twists and turns take the agents across multiple countries and have them encountering a variety of very skilled forces. From Paris and Morocco to China and the United States, these globe-trotting superspies work better on their own and trust no one.

Sometimes a movie leaves a big impression. Good or bad — I want to discuss it at every turn. But some efforts come up short of either extreme. The 355 fits firmly in the latter camp, it just exists.

I was excited to sit down and watch this action/thriller led by Chastain, an actress who blew me away in films from Zero Dark Thirty to The Eyes of Tammy Faye, and others in between. She definitely can flex her muscles in meaty roles. Add to that memorable performers Nyong’o, Kruger and Cruz, and you have a truly formidable team formed to take on anyone. But while all the actors were ready to perform and seem game for the challenge, the rest of the team on The 355 let them down.

The story takes wild liberties to insert our characters into the various locales around the world. From the CIA boss who tells Mace, in no uncertain terms, if she takes revenge, he can’t stop her, to chase sequences that range from the awesome to the unbelievable, I often felt insulted and ultimately disappointed for the actors involved. A movie that had a number of wow moments also left me with a number of face palms.

Sure, I’ll probably check it out again sometime, to be sure my indifferent attitude isn’t misplaced, but for now The 355 is just a film that exists, not the talked-about franchise starter that I hoped it would become.

Share
Facebook
Twitter
Email
Print
Previous articleCommunity Bulletin Board: the North and South Brunswick Sentinel (for Jan. 19)
Next articleWhy did they bother with Sex and the City?