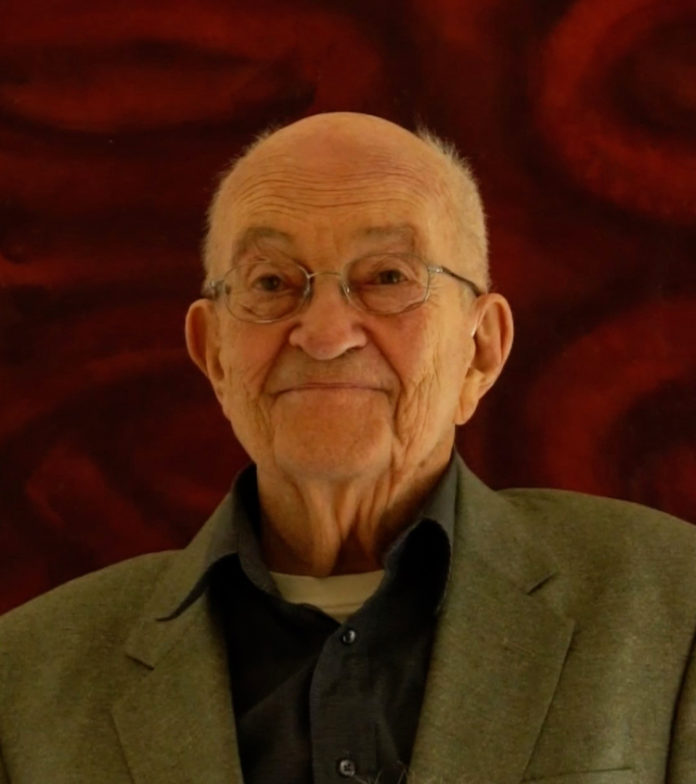 Carl Walter Swanson, Jr. died Friday, January 7, 2022, at home in Ann Arbor, Michigan. He was 92 years old. Born April 30, 1929 to Lottie and Carl Walter Swanson, Sr. in New York City, Carl’s long life was devoted to service, to his family, and to his wife Shirley Phelps Swanson, to whom he was married for 70 years.

He served in the Merchant Marine, in the U.S. Army during World War II, and in many community organizations throughout his life, particularly the Episcopal Church and Lions Club. Carl had a distinguished career as an educator. He earned a B.A. from Geneseo State Teachers College, an M.F.A. from Columbia University, and a Ph.D. in Education from New York University. He taught art to adults and kids at all grade levels. As the Assistant Deputy Commissioner of Education for New Jersey, he led efforts to fund public schools equitably throughout the state.

In retirement, he was elected to the Hopewell Valley Board of Education where he served for ten years. Carl was a prolific painter, potter, and cartoonist. His many designs for Christmas cards were cherished by family and friends and his caricature art was popular at community events.

Memorial donations may be made to St. Clare’s Episcopal Church, Ann Arbor, MI, or to a charity of your choice. Fond memories and expressions of sympathy may be shared at the funeral chapel website for the Swanson family. www.muehligannarbor.com