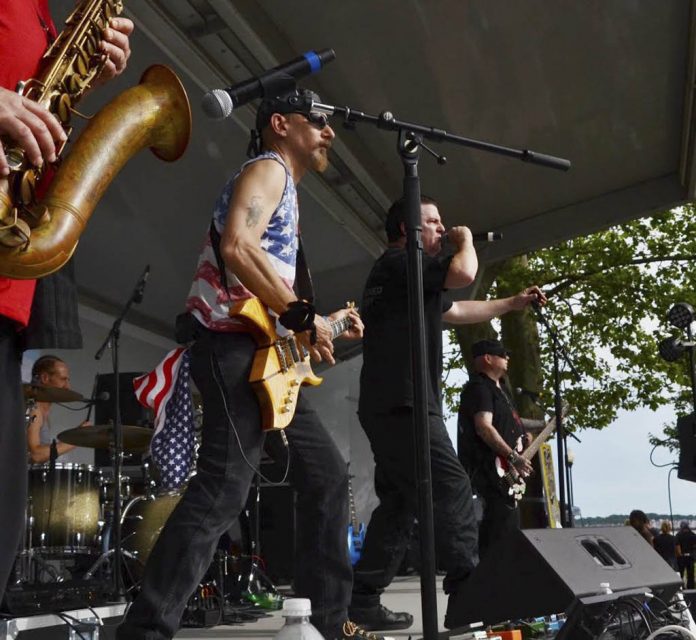 SAYREVILLE – A Sayreville-based band is celebrating its 25th anniversary with shows across the country.

Members of Mikell’s Plot performed their first show of 2022 on Jan. 21 at The Saint in Asbury Park. Their second show was held on Jan. 28 at Bourre in Atlantic City.

While the band is beginning the year in their home state, lead vocalist Michael O’Connor of Sayreville said Mikell’s Plot is scheduled to travel farther for their later shows. He said the band will perform in three locations in Tennessee in August and was invited to perform in Minnesota and Michigan.

In addition to an upcoming EP album, O’Connor also said in recognition of Mikell’s Plot’s anniversary, the band will be releasing a full-length, 25th anniversary album.

O’Connor noted that Mikell’s Plot has continued to perform, despite facing the difficulties of the coronavirus pandemic.

“What makes our sound unique is the distinctive sound of the hard-driving rock guitars with a blues saxophone,” O’Connor said.

The band formed in Sayreville in 1998 while O’Connor was working for Rivera at logistics services company Nippon Express. After listening to a demo tape that O’Connor made, Rivera suggested that he put a band together. Since then, the band continues to play together and hold live performances for audiences after 25 years of creating music.