Milltown Mel passes away prior to Groundhog Day 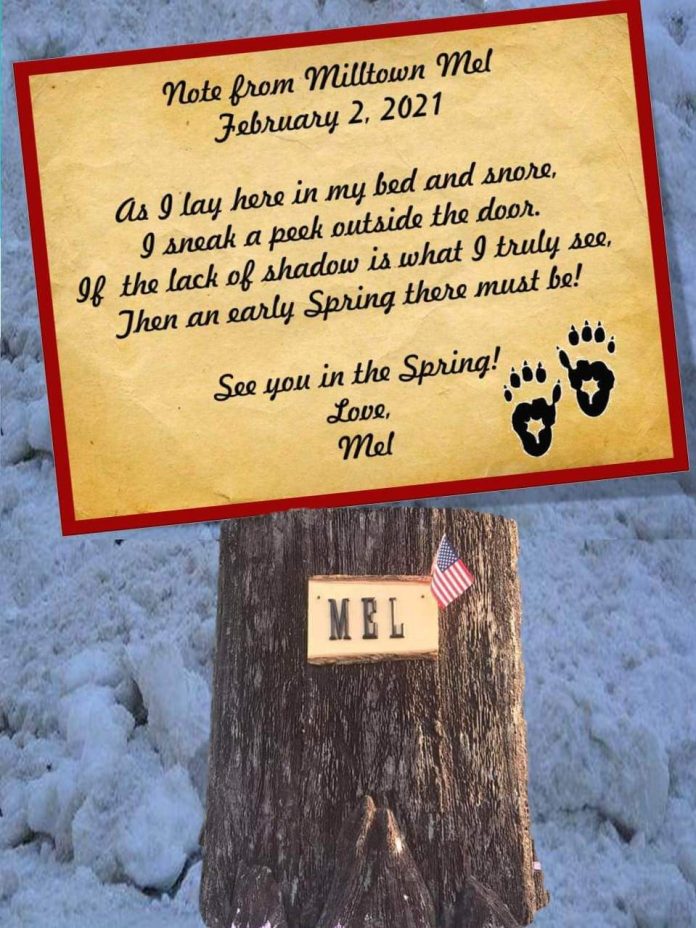 MILLTOWN – Milltown Mel, the toothy teller of the weather, will not be able to make his annual prediction.

“We Wranglers are sad to report that Milltown Mel recently crossed over the rainbow bridge. Considering the average lifespan of a groundhog is about 3 years, that is not such a shock, but Mel left us at a tough time of year, when most of his fellow groundhogs are hibernating, so no babies will be available to replace him until this spring. We tried everywhere to get a stand-in, but to no avail,” the Milltown Wranglers posted on social media on Jan. 30.
“On top of that, the county is not currently renting out the big Showmobile stage due to the pandemic, so we would have had that issue as well.
“We will work hard on getting us a new weather prognosticator for next year; till (sic) then please check out what all of Mel’s cousins have to say on Feb. 2,” the post reads.

The popular annual prediction is usually announced early in the morning on Feb. 2 before a crowd assembled in the parking lot of the Joyce Kilmer American Legion Post No. 25 on JFK Drive.

During the celebration, the Milltown Wranglers rally the crowd and wake up Mel from his slumber as people hold signs and blow party blowers.

The Milltown Groundhog Day celebration is an evolution of the Guthlein family’s own observance of the holiday. Jerry Guthlein, the former owner of the Bronson and Guthlein Funeral Home in the borough and a former councilman, has since passed the torch onto John McNamara and the rest of the Wranglers.

The former Mel passed away in August 2015 after making a handful of favorable predictions over the years.