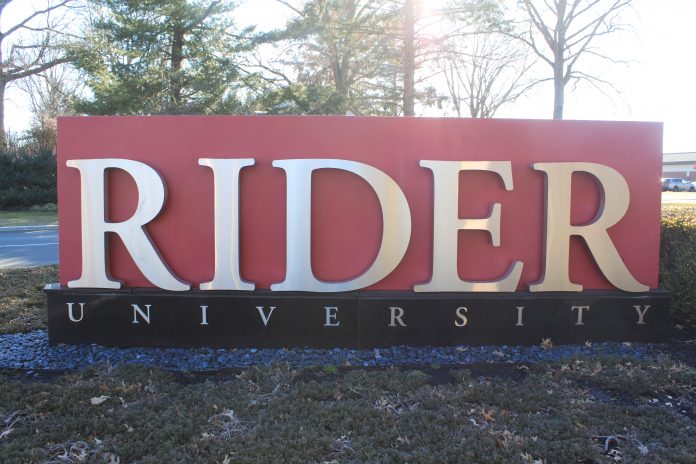 The resolution outlines several reasons for seeking Dell’Omo’s removal from office, starting with the strategic policies that he has enacted and that have allegedly contributed to a decrease in student enrollment, an increase in the university’s debt and an erosion of confidence in the university.

But the Rider University Board of Trustees voted Feb. 8 to endorse Dell’Omo and reaffirmed its support of Dell’Omo and his leadership team.

The AAUP resolution stated that Dell’Omo’s strategic policies have led to multiple years of cash deficits. Those decisions led to a reduction in net income of $6 million, plus an $8 million increase in non-teaching expenses between 2015 and 2019.

The policies “significantly increased Rider’s debt in a time period where peer institutions in Rider’s market experienced increased enrollment and net revenue,” the resolution said. The policies have led to an “excessive and unsustainable debt load which costs in the range of $10 million per year to service,” it said.

The resolution also pointed to the decision to move the Westminster Choir College from its Princeton campus to the Lawrence Township campus, which it claims resulted in lost alumni support, as well as legal and consulting fees stemming from lawsuits that challenged the move.

The move from Princeton to Lawrence Township, which was completed in time for the 2020-21 academic year, produced inadequate facilities which have further alienated students, alumni, faculty and artistic partners, the resolution said. It also led to enrollment revenue losses in excess of $10 million per year for the university, it said.

Overall, Dell’Omo’s policies have resulted in a 19% decline in full-time enrollment, reducing Rider’s enrollment to its lowest point in 20 years, according to the AAUP resolution. He has failed to meet the benchmarks of the university’s strategic plan as approved by the Rider University Board of Trustees, it stated.

“To remedy this, he plans on layoffs and buyouts. The only person who should receive a pink slip is Greg Dell’Omo. If Rider is to survive, Dell’Omo must go,” Franz said.

Dell’Omo and the administration also have come under fire from Westminster Choir College students, who circulated a petition in December 2021 seeking to move the choir college back to the Princeton campus. It cited inadequate performance and practice facilities at the Lawrence Township campus.

Westminster Choir College was an independent conservatory music school until it merged with Rider University in 1992. They maintained separate campuses until Rider decided to sell the Princeton campus in 2016 for financial reasons.

After failing to find a buyer, Rider University consolidated the two campuses and moved the Westminster Choir College to the Lawrence Township campus in time for the 2020-21 academic year.

Meanwhile, John Guarino, who chairs Rider University’s Board of Trustees, said that while the voices of all members of the Rider community are important, the board was “profoundly disappointed” by the AAUP resolution.

The board supports Dell’Omo, Guarino said.

Guarino said Dell’Omo is committed to moving Rider University forward and to securing a stable future for it. Some of the decisions that Dell’Omo has made to ensure Rider’s future may be unpopular, but the university has to make changes, he said.

“The trustees have full confidence in President Dell’Omo and the steps he continues to take toward meaningful progress for Rider so it can overcome its present challenges and endure for years to come,” Guarino said.

Dell’Omo said that Rider University – like many private colleges that depend on tuition – continues to grapple with affordability, enrollment, competition, reduced state and federal funding, student retention and an anticipated drop in the number of high school graduates.

To achieve financial stability, Dell’Omo said, a voluntary separation program for employees was announced last month. Certain employees are being offered a buyout, which is a voluntary resignation in exchange for financial and other incentives. The goal is to reduce salary and benefits expenses in the university’s operating budget.

The voluntary separation program does not include AAUP members because the terms and conditions of their employment are governed by a collective bargaining agreement between the union and the administration.

One of those initiatives requires students to complete at least two engaged learning experiences: internships, co-ops, study abroad, guided service and community service, officials said. The activities are documented and offer a more complete picture of the student.

Rider also reduced its tuition for new, full-time students who enrolled for the 2021-22 academic year in its Lifting Barriers program. Tuition for those students is $35,000 per year, while tuition for students who were already enrolled is $46,270 per year. This does not include room and board, or additional fees.

The Lifting Barriers program provides support for students in career preparation and academic success. It helps them to break through the obstacles they encounter in getting a college education and embarking on a career, such as learning how to adapt – socially and academically – in college and beyond, officials said.

The “Cranberry Investment” guarantees that students who fulfill their responsibilities will be hired for an entry level job in their field of study, or to be accepted to graduate school within six months of graduation, officials said.