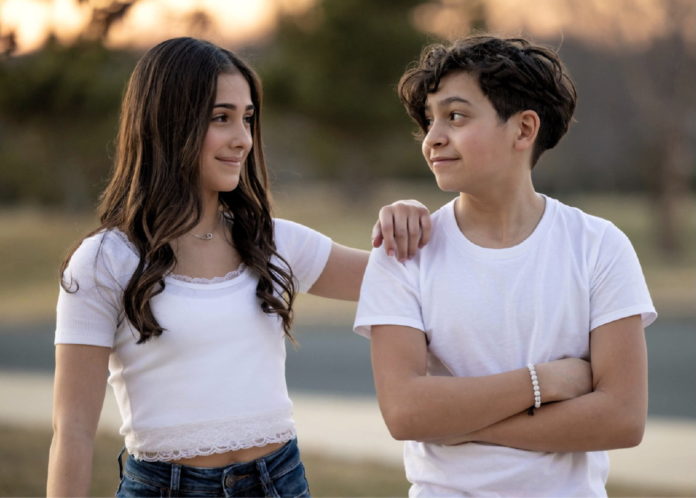 MILLSTONE – After being forced to perform in a remote environment during the 2020-21 school year because of the coronavirus pandemic, the students of the Millstone Township Middle School are excited about returning to the stage for a performance of the musical “Footloose.”

The musical will be performed at 7 p.m. March 4-5 in the Millstone Performing Arts Center at the Millstone Township Middle School. Tickets may be purchased in advance at mpac.thundertix.com at $8 for students and $9 for adults, or at the door for $10.

A mask is required to attend the show, regardless of an individual’s COVID-19 vaccination status.

Based on the 1984 film of the same name, the middle school’s production of “Footloose” is a collaboration among director Lisamarie Cappuzzo, musical director Heather Philhower and choreographer Emily Dotsey.

“Footloose” will be the first live performance at the school since 2020. Students performed their 2021 show “Making Magic” in a remote manner.

“Footloose” is the first show at the Millstone Township Middle School for eighth-grader Brian Deniz, who plays the lead role of Ren.

“Ren doesn’t stand still and doesn’t stop talking,” Brian said. “He fights for what’s right and he’s always in the mood for a dance and fun. I never can stand still either.”

Sixth-grader Bella Baldino is making her stage debut in the middle school as the female lead Ariel.

“Ariel is a girl who grew up listening to her father, who doesn’t allow dancing after her brother died,” Bella said. “She listened to all his rules at home, but she still goes out and dances. I have to be more angry when she disobeys her parents because I don’t disobey mine. It’s amazing to see all of my friends perform and it’s fun getting into my character.”

“He is a very dynamic character,” Brendan said. “Shaw is overbearing and tries to take control, not thinking about what others care about. He has outlawed dancing because he is overtaken by his son’s death. But by the end, he realizes that won’t help, that he is only hurting others and he is not the only one who has lost someone. Personally, I would let situations play out unless they hurt someone.”

Having performed in a remote manner last year, Brendan is enjoying being back in-person, but acknowledged it has been an adjustment.

“It feels normal, but also weird,” he said. “There is interaction with everyone else and staging everything again. Compared to last year, there are more times I have to be at rehearsal. And we have so many more people this year.”

“Ethel realizes Ren does not fit in and tries to help him,” Greta said. “She is a good character I can connect with. I try to support people, too.”

Greta is enjoying her return to the stage.

“I really enjoy being back,” she said. “Virtual was fun, but it wasn’t the same. Here, it’s more coordinated and we interact with each other.”

“She is laid back and does not have much voice,” Gargi said. “She is trying to find her voice and express herself more. People describe me as laid back, too, but I can stand up for myself more than she can.”

“Footloose” is Gargi’s first show at the middle school and she said, “It can be scary because it’s my first show, but I like the community of it. Everyone is so nice and this is something I enjoy doing. It’s fun for me.”

Portraying the role of Rusty is eighth-grader Isabella Merse, who said, “Rusty is very fun and a hyper girl. She has so much energy, she’s very dorky sometimes and she’s someone you can go to. I’m also very energetic, although she says things I wouldn’t say.”

Commenting on the show’s production, Isabella said, “Having everyone here and the friendships you make is very fun.”

“Wendy Jo is a good friend, boy-crazy and really wants a guy,” Makenzie said. “She is the comic relief and is there to make jokes. My friends say I make a lot of jokes, too, but I’m not in a big rush to find a boyfriend. And she’s sometimes quiet, which I’m not.”

Makenzie noted the difference between performing live and performing in a remote manner.

“It feels kind of strange to be back,” she said. “It’s cool knowing I’m performing live and strange that I’m not hiding behind my phone.”

Rounding out the group of friends is sixth-grader Kayla Williams as Urleen, who said her character “is clumsy and can be funny. I feel like I’m pretty funny and clumsy, too. But she also tries to embarrass Ren, which I wouldn’t do.”

The sixth-grader said, “It feels really good to know I can do this.”

“He’s the bad guy,” Zackary said. “The evil boyfriend. The way he treats Ariel and Ren is really rude and he forces Ariel to do things.”

Appearing on stage is an experience Zackary enjoys.

“It feels good,” he said. “You get to perform in front of friends and family.”

Eighth-grader Angelina Scibilia, who is serving as a stage manager, agreed there is a benefit to in-person performances.

“It’s more fun. Zoom is hard to do. You are here and you see everything,” Angelina said.