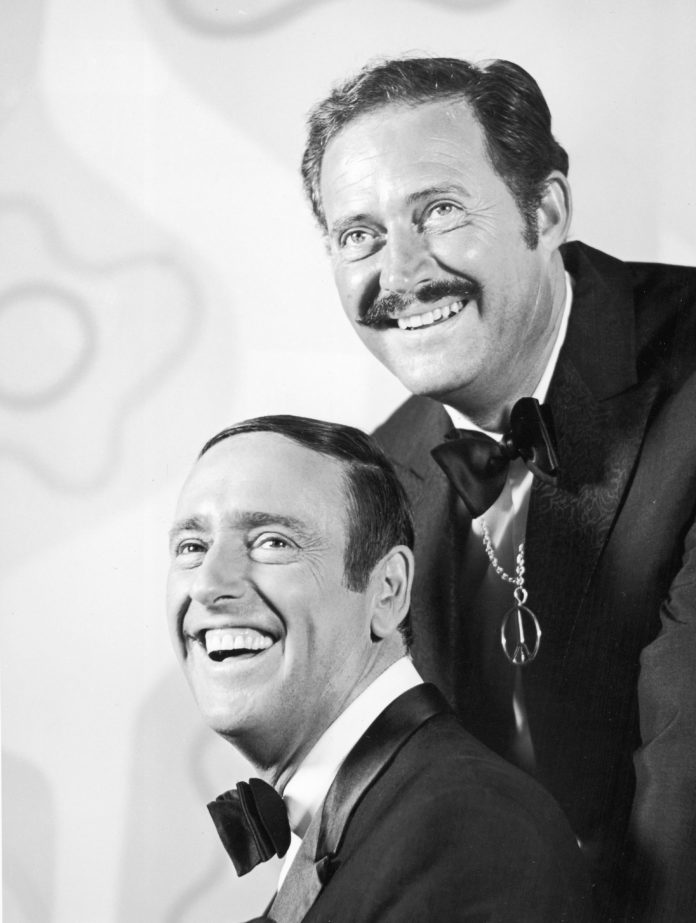 By Ryan A. Berenz, ReMIND Magazine

Samantha (Elizabeth Montgomery) falls in love with New York ad exec Darrin Stephens (Dick York) and marries him in the first episode of Bewitched. Then Darrin finds out that his new bride is one of a secret society of powerful witches and warlocks and that a twitch of her nose brings magic results. Thoroughly befuddled, Darrin makes her promise never to use her powers. She agrees and tries to settle into being the perfect suburban housewife. Her mother, Endora (Agnes Moorehead), however, has a different agenda. She hates that Samantha has married a mortal and she continually tries to break them up. Sam’s other spellbinding friends and family pop in and out of the Stephens household at 1164 Morning Glory Circle as Sam tries (and most of the time fails) to live without magic.

If Darrin and Samantha’s marriage seemed a little strained during Season 5, it was due in large part to York’s availability. The actor was limited by a back injury, which caused production delays and often resulted in Darrin written out of episodes as being away on business. Dick Sargent replaced York in the Darrin role for Seasons 6-8, and the “Dick York/Dick Sargent/Sgt. York” joke was born.

Among the memorable characters from the series was Tomlin’s Edith Ann, a 5-year-old who dispensed “the truth” in an oversized rocking chair. In what would become one of Laugh-In‘s signature sketches, Carne played a woman who was doused with water or fell through a trapdoor whenever she was tricked into uttering the phrase “Sock it to me!”

That phrase would be famously spoken in September 1968 by then presidential candidate Richard Nixon, who cited his guest spot on the show as a factor in his winning the election over Hubert Humphrey. (In 1999, knowing that Nixon appeared on Laugh-In netted contestant John Carpenter the top prize on Who Wants to Be a Millionaire.) As Martin said at the end of every episode, “Goodnight, Dick!”