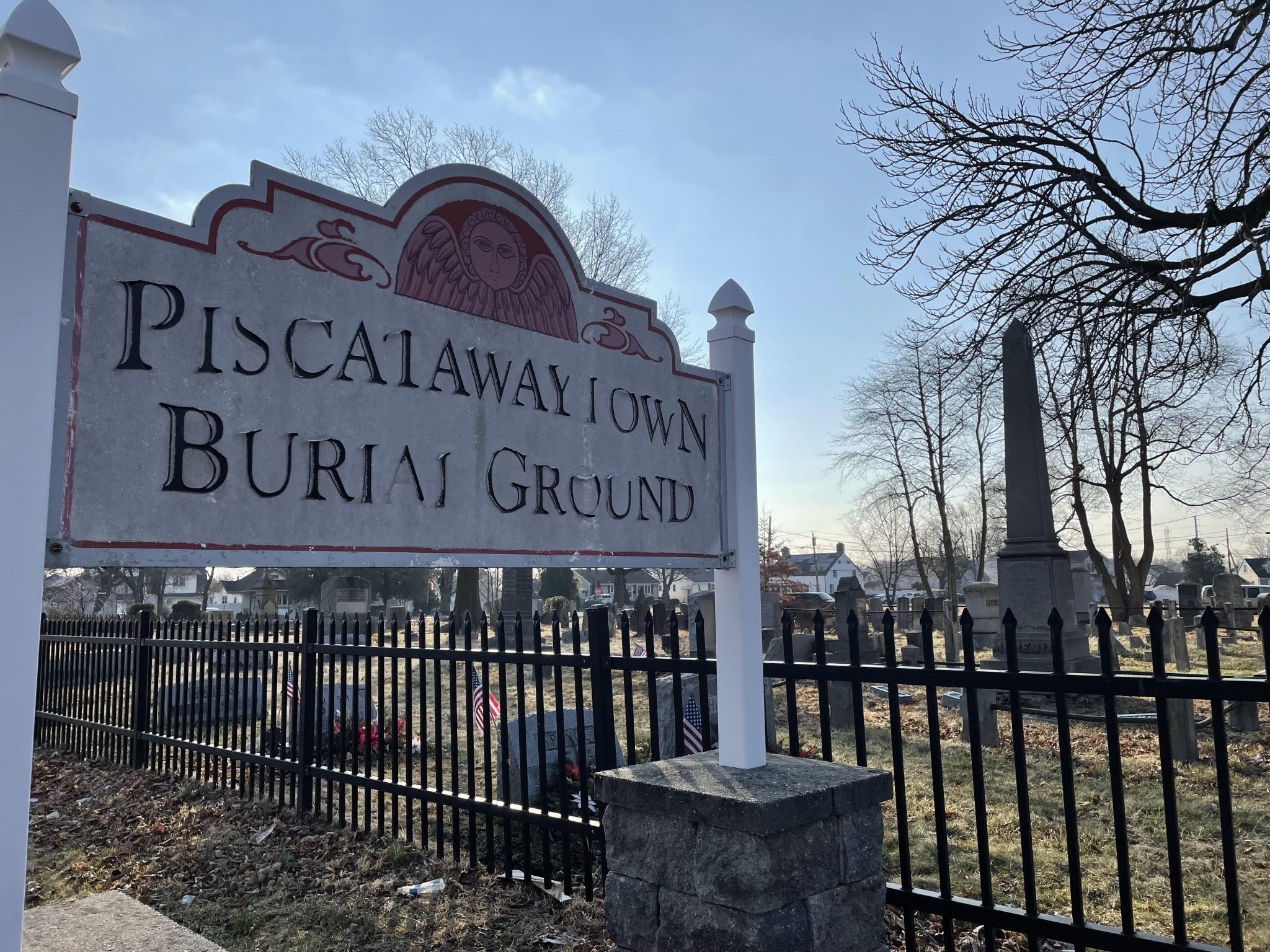 EDISON – A ground penetrating radar survey of portions of the historic Piscatawaytown Burial Ground and adjacent Commons on Woodbridge Avenue “has answered some mysteries” yet “created new mysteries to solve.”

That is what Walter Stochel, vice president of the Edison Greenways Group (EGG), relayed to the Edison Township Council at a meeting in February as he presented the results of the Piscatawaytown Burial Ground Penetrating Radar (GPR) Project, which concluded in October 2021.

EGG, a nonprofit land trust, engaged a team of archeologists and technicians from Indiana University of Pennsylvania to do the GPR of 10 areas in May 2021.

In 1880, Dr. Ezra Mundy Hunt of Metuchen identified the colored burial ground. He recorded five gravestones in the section. Hunt was a medical doctor who served in the Civil War and was a local historian who collected information about the history of the Metuchen area, and wrote a booklet called: “Metuchen and Her History.”

He was also active with the New Jersey State Board of Health. Hunt’s record of the graves is the earliest inventory of the burials in the Piscatawaytown Burial Ground, according to EGG.

The oldest burials are on the east side. In 1790 the burials begin on the west side. The southern, and far western side of the grounds do not have any 18th century (1700) burials. The corner may have been empty when the first burials occurred there, according to the survey.

The GPR survey found no evidence of the foundation of the Colonial-Era Town House.

The survey found no evidence of the earthworks or British burials, Stochel said.

However, a trench was identified.

A British camp during the Revolutionary War occupied the area from December 1776 to June 1777. The church was used as an infirmary for the sick and wounded. The site was where the Colonials attacked the British. During the attacks, several hundred men were killed, and some are believed to be buried on the grounds of the church.

“The southern boundary area along the graveyard didn’t show any graves,” Stochel said. “In the commons Piscatawaytown school site, which is behind St. James Church, identified two foundations, which are not in location of the 1897-1985 building. There may have been multiple schoolhouses on the site.”

The Old Piscatawaytown schoolhouse was built in 1892 and became the Raritan Township Municipal Building and later a recreation office. It burned down in the 1980s. The cause of the fire was believed to be arson.

The survey found the family plots of Langstaff, which has an iron fence around it, and Foulkes Vault, contain burials. Previous studies did not identify who is buried in the Langstaff Plot or any burials in the Foulkes’ Vault.

And the survey found 12 graves in two areas on the west side, which have no gravestones.

The 7.5-acre burial ground is one of the oldest cemeteries in Middlesex County, with one grave dating to 1693.

It was established in 1695 as a cemetery and public park, which are today owned and maintained by Edison Township.

The village contained a meeting house, which was used for community, government and religious purposes and a common, a place to drill the militia, corral animals, and punish people in the stocks.

Later, a school and cemetery were established.

In June 1835, a powerful tornado destroyed much of the village, damaging some of the gravestones in the Piscatawaytown Burial Ground.

In 2015 the Metuchen-Edison Historical Society hired Michael Gall, an archeologist of Richard Grubb & Associates Inc., Cranbury, to do an inventory of all existing gravestones and research into various lists of burials. Gall identified that there were 1,816 burials, of which 1,494 had gravestones, as of 2015. There are 322 known burials without gravestones.

As a result of the survey, EGG made several recommendations going forward.

The township should create an appropriate memorial for the colored burial ground including the names of those identified and who are buried there, Stochel said.

The township should develop a preservation and management plan for the burial ground. The plan could include a GPR study plan for the entire burial ground, gravestone restoration, fencing on the south side and leveling of sunken areas.

The township should activate the Edison Historic Preservation Commission with the task of creating a historic district encompassing the commons, burial ground and St. James Church, and begin the nomination process to place the area on the National Register of Historic Places.

EGG has applied for a 2022 county grant to conduct an archeological investigation of the found trench to determine the age of the foundation and identify potential artifacts in the trench.

A report of the survey can be found at www.edisongreenways.org.