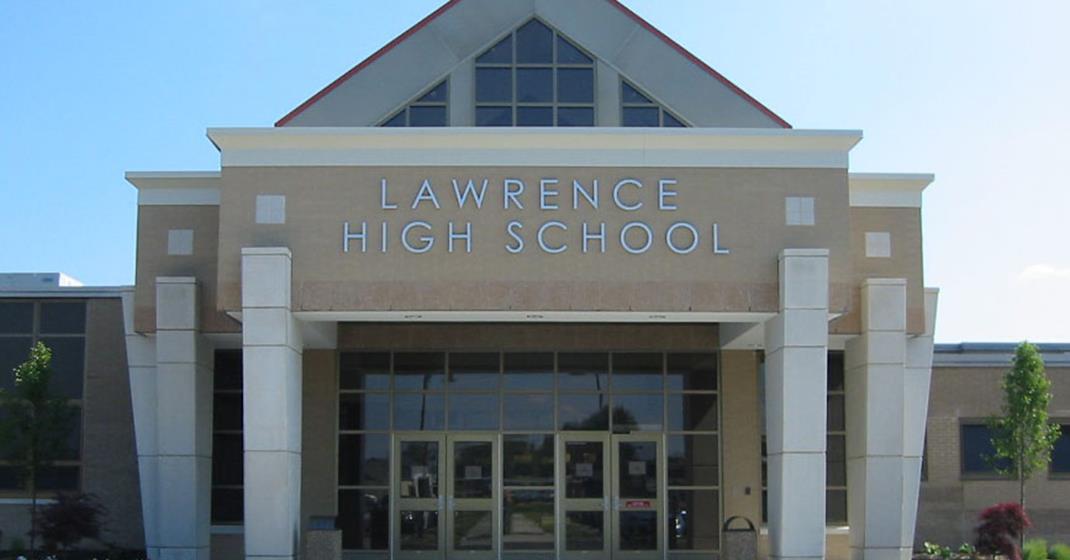 But what Chester never expected to be called was “trailblazer” – until he was given that honor at Lawrence High School’s Black History celebration on Feb. 27.

Chester, who is a retired Lawrence Township Police Department detective, was one of four honorees who received the Trailblazer Award at the virtual celebration. The event featured a keynote address by Darren Freedom Green, who is a Trenton community activist.

Chester said he was “blown away to tears” when he learned that he would be honored with the Trailblazer Award. He was chosen by a selection committee made up of Lawrence High School students.

“This award means a lot coming from these kids. I have received a few awards and commendations in my lifetime, but this one is of major significance to me. I truly love these kids. They make my day, each and every day,” Chester said.

Chester joined the Lawrence Township Police Department in 1989 and rose to the rank of detective sergeant. He is the first – and to date – only Black police detective in the police department’s history.

During his 25-year career as a police officer, Chester served as the school resource officer at Lawrence High School. Since retiring from the Lawrence Township Police Department in 2014, he has been a security monitor at the high school.

In his remarks, Chester said he goes to work as a security monitor every day with a purpose: to help every student and to ensure that each one is able to learn in a safe, secure and nurturing environment. He talks to the students, using teachable moments to reinforce the power of education.

Chester said he teaches the young men about respect and about developing strong morals and ethics. To the young women, Chester emphasizes respect, dignity and self-esteem.

“This is your future,” Chester said he tells the students.

Chester said he has told the Black and Brown students that the color of their skin means they will have to learn to navigate through the system differently. It will be challenging, but they need to make their own Black history. They need to talk about it, write about it, embrace it and most of all, “live it,” he said.

Lawrence Township resident Romy Toussaint also was honored with the Trailblazer Award. She is a trainer, yoga teacher and coach, and a motivational speaker. She volunteered in the schools while her children were enrolled in the public school district.

Toussaint said she was grateful and surprised to be named a trailblazer. Her mission in life, she said, is to help everyone that she knows to have constant access to their energy and their vitality so they can do their work in the world.

Everyone has something special to give to the world, Toussaint said. She said she is interested in helping women and people of color to be able to “show up in the world and do their work.”

“I have a mantra: We show up, we do our work, we burn brightly in the moment and when the moment is done and our work is done, we step back and we let go. Victory to our spirit and peace to all beings,” Toussaint said.

The Trailblazer Award was also given to Trenton resident Ivey Avery, who is a retired educator in the Trenton Public Schools and whose special interest is theater. She became interested in drama while attending Trenton High School and later at Spelman College in Atlanta.

Avery has directed drama clubs at two Trenton elementary schools, and is the co-founder of Morning Glory and Sassafras Productions, which are focused on Black cultural programs. She works with youth groups.

She also has been the head house manager at the Trenton War Memorial Patriots Theater for 30 years.

After graduation, he played professional basketball in Europe and South America. He is a motivational speaker.

After leaving professional basketball, Green founded Pro Level Training LLC and has worked with global sports brand NIKE. He is a national director for NIKE sports camps and manages 50 sports camps across the United States.