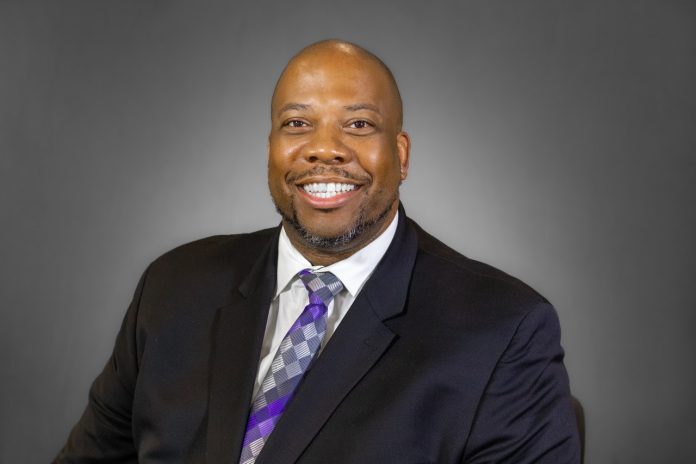 EDISON – Recognizing those who have supported the Edison Job Corps Academy over the years, it was hard not to remember the efforts of the late Middlesex County Commissioner Kenneth Armwood, who passed away last year.

“It was the aspirations of Kenny Armwood to make sure our young people were focused,” recalled Middlesex County Sheriff Mildred Scott. “He had asked me to come in one evening and asked if I would talk to some girls, some girls he thought were having some trouble.”

After spending an hour-and-a-half with the three young ladies, Scott said she essentially felt elated.

Roberto Sayers, chair of Edison’s Human Relations Committee, remembers when Armwood taught at the Edison Job Corps and he used to work in the area.

“I used to go there and try to recruit the kids,” he said. “I believe the Job Corps has done a good job through struggling times and they need our support now from a legislative standpoint. As a community we need to be role models for the kids that are participating and let them see that there is success. … Giving back to the community is rewarding.”

Scott and Sayers were two of four people recognized by the Edison Job Corps Academy with a community achievement plaque for their dedication and commitment to the students in the academy at a small ceremony on Feb. 24 in council chambers.

Also recognized were Reginald Johnson, president of the Metuchen-Edison Branch of the National Association for the Advancement of Colored People (NAACP); and Edison Council Vice President Joyce Ship-Freeman.

Julia Gibson, New Jersey outreach and admissions manager at the Edison Job Corps, introduced the recognized members of the community.

The Edison Job Corps Center, located at 500 Plainfield Ave., supports the national Job Corps program’s mission to teach eligible young people the skills they need to become employable and independent and place them in meaningful jobs or further education, according to its website.

“We are a free educational training program and cater to [students] 16-24,” said Ashton Stripling, who came on as the new center director in November 2021. “This program is fully funded by the government and all students can take advantage of career technical training [and] they can receive their high school diploma. We give free shelter food, we handle wellness, well-being, we give them jobs on campus. Unfortunately, COVID came and tried to deteriorate our program, but we have stood strong, we have remained vigilant.”

Stripling is a product of the Job Corps. He called being sent to the Job Corps by a judge the best thing that could have happened in his life.

“I attended Job Corps 17 years ago when I was 18 years old and the Job Corps really helped me and developed me to become the man I am today,” he said.

Stripling grew up in a “very impoverished neighborhood” in Georgia with a lot of crime. He was raised by a single mother.

“My mother was a victim of being raped … my dad raped my mom [and she] got pregnant at 16 years old,” he said. “They wanted her to abort my [twin] sister and I, but my mom did not go for that.”

Stripling and his sister were born in New York before settling in Georgia.

“I had a very hard life, but I graduated high school and had a basketball scholarship, but it didn’t work out,” he said. “I got into some trouble with some friends … you know when you’re 18, you think you know everything. The judge told me he was going to rescind my scholarship and force me to go to Job Corps and that was probably one of the best things he could have done.”

While at Brunswick Job Corps Center, Stripling flourished. He served as student government president and Job Corps paid for his two-year college degree in psychology from the College of Coastal Georgia.

“[The Job Corps] hired me to come back as a counselor and paid for my four-year college degree [in organizational management from Ashford University] and then I took advantage of tuition reimbursement program and they paid for my graduate degree” in public administration with a minor in government public policy from Grand Canyon University, he said.

Johnson has been involved with the Edison Job Corps since its inception in 1965.

“My father used to take students home with us and they’d eat up all my food,” he quipped, adding he will keep participating and supporting the Job Corps. “[It’s] the best kept secret.”

Gibson said through Johnson’s efforts and the NAACP, the program was able to start its first STEM (science, technology, engineering, mathematics) program and travel to New York to visit the Intrepid Sea, Air and Space Museum.

Ship-Freeman, who has helped organize voter registration at the Job Corps and is active in promoting trades, said more programs like the Job Corps are needed.

Gibson said Ship-Freeman, along with Sayers, have been instrumental in writing letters to members of the U.S. Congress in support of the Job Corps program and to support funding to help them get to the next level.

During the ceremony, two students shared their stories as students at the Edison Job Corps. One student is working toward becoming a registered nurse and one student is in the culinary program.