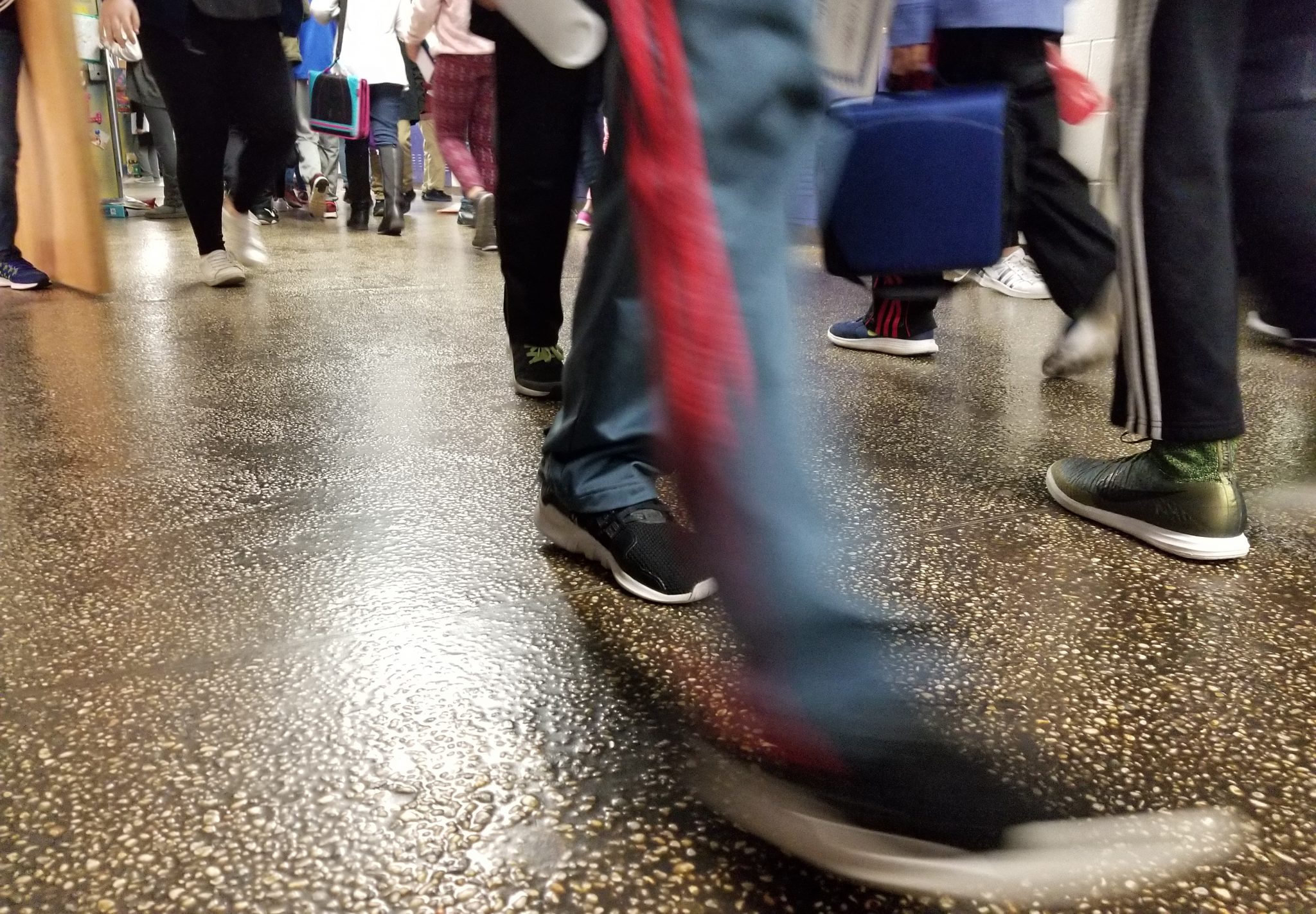 MONROE – As discussions for a referendum continue, Monroe Township Board of Education member Ken Chiarella said it is important for the board and administration to put forth a referendum with the greatest possibility of passing.

“We have to have a referendum as inclusive as possible, but we also have to be mindful we haven’t passed any referendums in the past few years [and need to also be] conscious of cost,” he said. “What we’re trying to do now is create a referendum that satisfies our needs, getting as many students housed as possible and has the greatest possibility of getting passed.”

That is what the board’s Buildings, Grounds and Transportation Committee, which Chiarella chairs, has tasked DIGroupArchitecture in New Brunswick to do.

At a board meeting in February, Chiarella said the committee will soon put forth a resolution for the proposed additions and renovations, which is on track for a referendum in April 2023.

The proposal for Monroe Township Middle School includes a new 67,000-square-foot addition to the front of the school. It expects to add 32 classrooms for approximately 800 students. Also proposed is 8,300 square feet of renovations within the existing building to create more space with new administrative spaces and an expanded cafeteria.

The proposal for Applegarth Elementary School includes a new 20,030-square-foot addition, which allows for the creation of outdoor learning space in the courtyard and will create 17 classrooms for 475 new seats, four special education rooms, and special group instruction and child study team spaces.

The basement space is about 5,000 square feet and creates spaces for music and art rooms.

The proposal for Monroe Township High School includes a 6,500-square-foot addition on the north side to generate six classrooms for 150 seats.

The estimated costs of the addition and renovations is between $4-5 million. The costs include both hard and soft costs.

The proposed additions to the Monroe Township Middle School, Applegarth Elementary School and Monroe Township High School consider the updated demographic and enrollment study, which was presented to the Board of Education (BOE) in February.

In the next five years, the Monroe Township School District expects 214 more students to enroll in the district, according to a report by Ross Haber Associates, Milltown, which conducts demographics/enrollment projection studies for public school districts.

Gerald Tague, director of facilities in Monroe, presented the report to the BOE at a meeting in February.

“A demographic study is a very necessary component of the district’s long-range facilities plan,” Tague said. “The New Jersey Department of Education (DOE) requires every district maintain a long-range facilities plan and it is mandated to be updated every five years. The last long-range plan approved was in 2017 so the district is obligated [to update the plan] this year regardless or not [the board] decides to proceed with a referendum.”

The first data set is the history of enrollment over a six-year period called the cohort survival method. This tracks groups of students for the purpose of developing a five-year average of change as students move from grade level to grade level, according to the report.

Kindergarten projections are made based upon live births attributable to the community five years prior to children entering kindergarten.

The second data set used for the projections is based upon approved new housing development.

However, there are still approximately 723 new housing units that are projected to be completed and occupied over the next five years.

Of the nine projected housing developments, the 170 single-family homes at the Straford at Monroe is expected to produce the most school-aged children, with 179 affecting Applegarth and Oak Tree elementary schools, according to the report.

“It’s important to note there are several large developments, primarily in the Route 33 area, that although planned have not in all cases made it through entire approval process,” Tague said. “Some are actually in litigation so those are not planned to see children from them within the next five-year window.”

With no housing development in the next five years, the report suggests an organic decrease in 327 students by the 2026-27 school year.

With the housing projected in the next five years, including affordable housing, the township is expected to realize 447 new students.

Using an algorithm, the demographer distributes students across the district. The net result of what is projected over the next five years is 214 additional students, Tague said.

Acting Schools Superintendent Chari Chanley said the district is at a point now where they need to legitimately look at what their needs are for expansion of buildings and/or new buildings in general based on maintenance.

“We have a middle school built for 1,200 students [and] we have close to 1,800 students [enrolled at the school] so that’s maintenance,” she said of the unhoused students.

And even though she is pleased the projected number of additional students in the next five years is not as high as she thought they were going to be, Chanley said the district “has been making do with less for so many years, the proposed expansions are what the district has needed 10 years ago.”

The demographic and enrollment study is on the Monroe Township School District’s website at www.monroe.k12.nj.us.