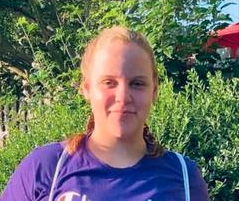 UPDATE: Police reported around 2 p.m. March 11 that Grace had been located safely.

South Brunswick police continue to look for 14-year-old Grace Caruso, who was last seen leaving her home on Thursday morning, March 10, at 11 a.m.

She had stayed home from school and left the home without her parents’ permission, according to information provided by the South Brunswick Police Department.

Video from the Quincy Circle area in the Dayton section of South Brunswick shows Grace walking down the street wearing a black hooded sweatshirt and black pants at around 11:05 a.m.

Grace has medical conditions that impact her behavior which increases concerns about her whereabouts, according to the statement.

She attends school in the Monmouth County area and has previous connections to Mercer County.

Detectives are asking anyone with information to contact South Brunswick police at 732-329-4646.