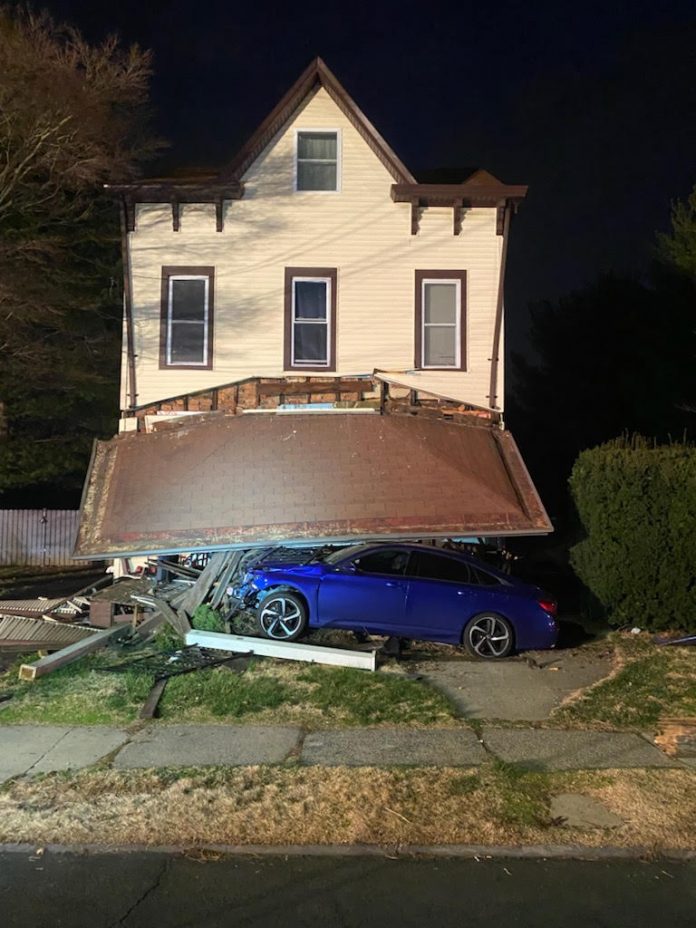 MILLTOWN – A 24-year-old New Brunswick man has been charged with driving while intoxicated after allegedly driving into a utility pole and porch of a North Main Street residence over the weekend, according to Police Chief Brian Knelle.

The incident occurred around 4 a.m. on March 19. The man, who was the only occupant in the vehicle, suffered minor injuries. No one in the four-family unit home was injured, Knelle said.

The residents of the home were displaced for a few hours while borough construction officials, engineers, public service and utilities surveyed and cleared the damage, police said.

Je-Ree Olenik rents one of the apartments at the home.

“I heard the crash and felt the home shake,” she said. “My husband looked outside and saw a utility pole in the front yard. By the time we got outside the police were already on scene … We were told to evacuate as first responders deemed the property safe to return. We were allowed back in the home around 8 a.m.”

Olenik added Mayor Trina Mehr came by and provided food for their family and the first responders who cleaned up the debris.