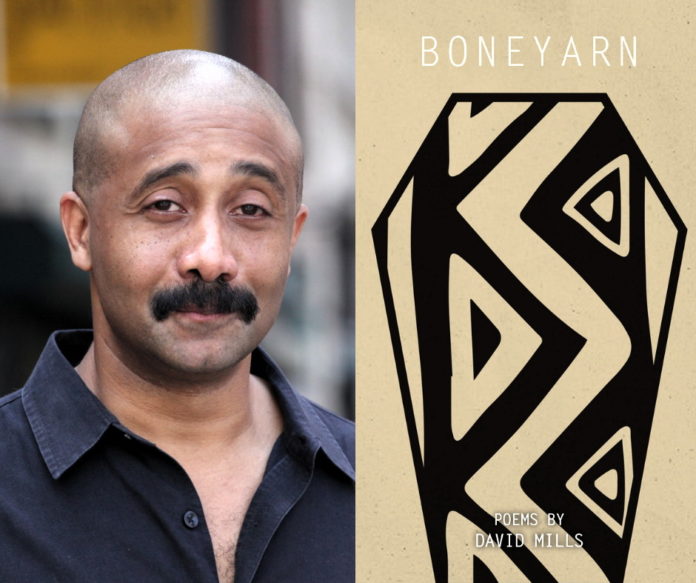 MIDDLETOWN — The Middletown Township Public Library, 55 New Monmouth Road, Middletown, will kick off National Poetry Month with “An Evening with Poet David Mills” featuring the acclaimed author of the bestselling poetry collection “Boneyarn” on April 4 in the library’s community room.

Mills will read from and reflect on the creation of “Boneyarn,” which excavates the
experiences of New York’s enslaved community in Colonial America, according to a press release from the library.

In his most recent poetry collection, Mills, who is based in the Bronx, N.Y., gives voice to those buried in the Manhattan’s Negro Burial Ground, America’s oldest and largest slave cemetery, which was open between 1712 and 1795 in lower Manhattan, according to the press release.

The first book of poems about slavery in New York, Mills’ work eulogizes 15,000 unnamed slaves and free Blacks, as well as indentured whites and Native Americans in an empathetic and unflinching study of the contradictions within American history, according to the press release.

“An Evening with David Mills” is open to Middletown Township Public Library patrons and to anyone else who wishes to attend. The event will begin at 7 p.m. April 4. No registration is required to attend the presentation.