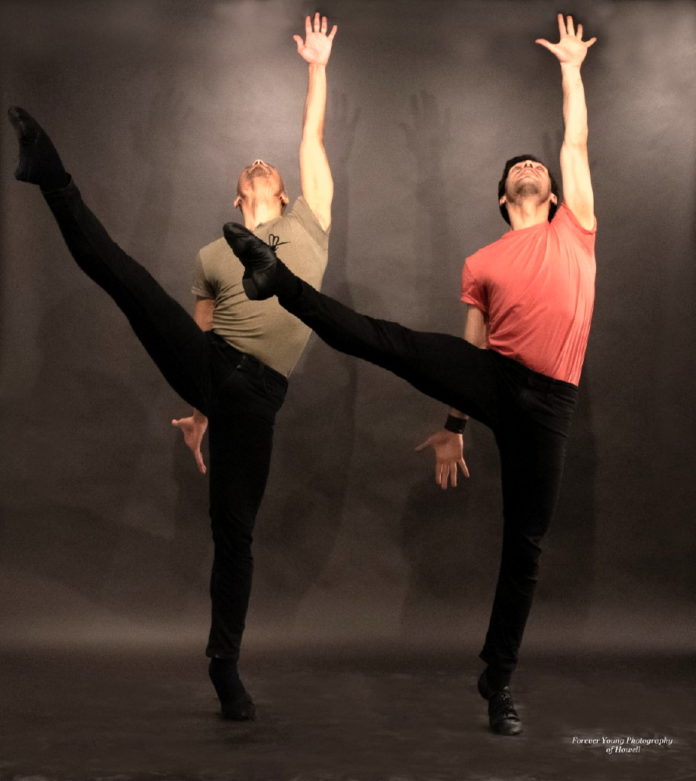 The Axelrod Contemporary Ballet Theater (AXCBT) returns to the Axelrod PAC stage the weekend of April 8-10 with suites from “West Side Story,” “An American in Paris,” “The Sound of Music” and more in a new show called “Something’s Coming.”

“We are capturing the most exciting moments from favorite movie musicals and performing the dances and songs live on stage,” says Chajnik. “My choreography pays homage to some of the great originators, like Gene Kelly and Jerome Robbins, but with a contemporary flair that reflects my own vision and passion for this music. This is true American music at its best—George Gershwin, Leonard Bernstein, Richard Rodgers—all composers who wrote for singers and for dancers as well.”

The show has something for everyone—from Israeli folk dance to salsa to classical ballet.

“Something’s Coming” is a timely celebration of the movie musical,” says Axelrod Artistic Director Andrew DePrisco. “The movie musical was dormant for a few decades until Rob Marshall’s film ‘Chicago’ hit the big screen. More recently we’ve seen Jon Chu’s ‘In the Heights’ and Lin-Manuel Miranda’s ‘Tick, Tick…BOOM!’ film, not to mention this year’s Oscar-nominated ‘West Side Story,’ directed by Steven Spielberg. This AXCBT production will conjure favorite moments from some of the greatest musicals ever captured on film.”

“Something’s Coming” includes songs and suites from “West Side Story” and “An American in Paris” as well as “Fiddler on the Roof,” “The Red Shoes,” “Brigadoon,” “Kiss Me, Kate” and “The Wiz.” Audiences can expect to hear favorite songs such as Leonard Bernstein and Stephen Sondheim’s “Tonight” and “Somewhere,” George and Ira Gershwin’s “Our Love Is Here to Stay,” Cole Porter’s “De-Lovely,” Rodgers and Hammerstein’s “The Sound of Music” and more.

“I love how many different types of roles we get to play,” says AXCBT company artist Olivia Miranda. “One moment I’m dancing in character heels and the next I’m en pointe. I think this production really speaks to our versatility as dancers.”