If there is anyone who knows the baseball landscape in Hillsborough Township, it’s Matthew Mosko.

The 2009 Hillsborough High School graduate and former baseball player at Scranton University has been entrenched in the Hillsborough baseball community for the last 10 years at both the youth and high school levels.

After serving as an assistant coach for the varsity baseball team the past two years, Mosko got the call last month to lead his alma mater when he was approved by the Hillsborough Township Board of Education to be the next head baseball coach of the Raiders.

It was a “full circle” moment for Mosko, who has always dreamed of coaching his alma mater on the diamond.

“I am very proud and honored to have the opportunity to lead this program,” said Mosko. “It’s a great feeling. I’m looking forward to putting my own stamp on this program.”

Mosko takes over for Tom Augello, who went 2-20 in his lone year as head coach of the Raiders. Eric Eden, another Hillsborough grad, who played baseball at the professional level for the Newark Bears, coached the Raiders from 2015-20.

Mosko might have had to wait until just a week before spring training began to get the official title of head varsity baseball coach, but that didn’t stop him from being heavily involved with the program all offseason.

He continued his role as the head coach of the Hillsborough Senior American Legion team, while also helping coordinate a fall league schedule and all offseason workouts for the program.

Being involved with the entire Hillsborough High School athletic program is something Mosko, now a teacher at his alma mater, really enjoys, and said he really “cherishes” the opportunity he has been given to run the baseball program.

“I’m looking forward to continuing to be involved with our athletic department and continuing the pride and tradition of our baseball program,” Mosko said. “I want to say thank you to our Athletic Director Mike Davis for trusting this coaching staff with these student athletes and the opportunity to work with them not only on baseball skills but building solid individuals as well.”

Hillsborough returns a handful of talented ball players on the diamond that will make them a competitive bunch in the Skyland Conference and Somerset County.

Senior Ryan Hvozdovic heads that list for the Raiders as he looks to cap off his high school career with a great comeback story before attending Babson College in Massachusetts next year.

Hvozdovic lost out on his sophomore year in 2020 due to the coronavirus pandemic and missed all of last season due to an injury.

Through all the adversity he has dealt with the past few years, Mosko said that Hvozdovic has continued to fight and is primed for a great season this spring.

“Everyone is really happy and thrilled to have him back,” Mosko said of Hvozdovic. “He’s a special player.”

Hvozdovic will be penciled into the top of the Hillsborough lineup each game and will suit up in center field. He will also serve as one of the team’s captains this season.

Senior Kyle Elmalis was voted along with Hvozdovic to be a team captain this spring and will line up at either second base or shortstop for the Raiders.

Joining Hvozdovic in the Hillsborough outfield in right field will be senior Owen Bartolomeol, who will provide the Raiders some power in the middle of their lineup, Mosko said.

Smith earned honorable mention All Skyland Conference honors last season for the Raiders on the mound.

Westcott will play multiple roles this spring for the Raiders. Mosko calls Westcott a “very versatile” player and added that the junior will see time at both first base and in the outfield to go along with his pitching duties.

The Raiders will open up the season on April 2 against West Morris Mendham High School.

One message Mosko has been preaching to his squad heading into the season is learning how to bounce back from failure.

“It’s ok to be afraid to fail, but it’s how you bounce back from it, ” said Mosko. “Bouncing back from that mistake is what matters the most.” 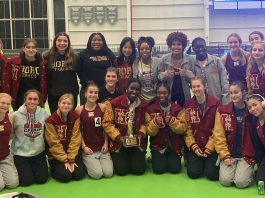 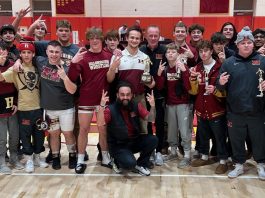 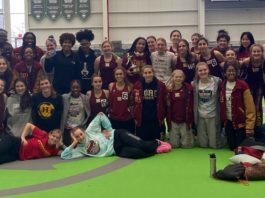