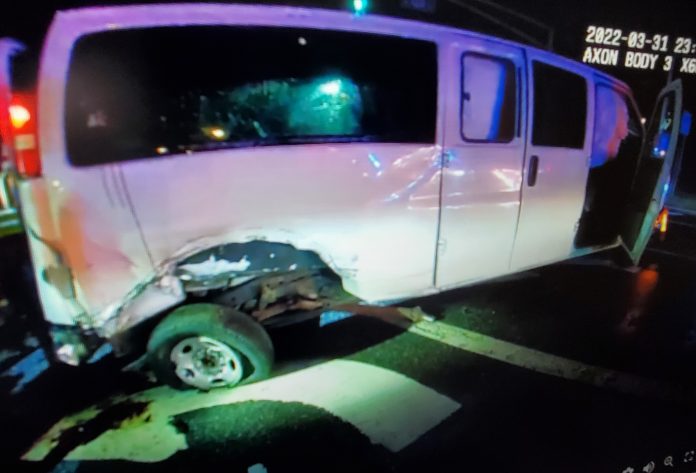 SOUTH BRUNSWICK – A crash on Route 130 at Route 522 involving a commuter van and an Uber driver left several people injured, one critically.

The commuter van, a 2022 Chevy Express, was transporting workers from the nearby LaserShip warehouse to their homes when the crash took place around 10:43 p.m. March 31, according to information provided by the South Brunswick Police Department on April 4.

The van was crossing from Fresh Ponds Road onto Route 522 when it was struck by the Honda CRV being used as an Uber.

The Honda was headed south on Route 130 and reportedly failed to stop for a red signal, according to police.

The Honda struck the side of the commuter van and the impact ejected one of the van’s passengers.

The two passengers in the Uber, a 49-year-old female and a 57-year-old male from Robbinsville, were also injured.

Portions of the highway were closed for three hours as traffic officers investigated, according to the statement. New Jersey State Department of Transportation set up detours around the crash and assisted with the extensive roadway cleanup.

No charges have been filed as South Brunswick Police Department Traffic Safety Bureau continues to investigate, according to the statement.