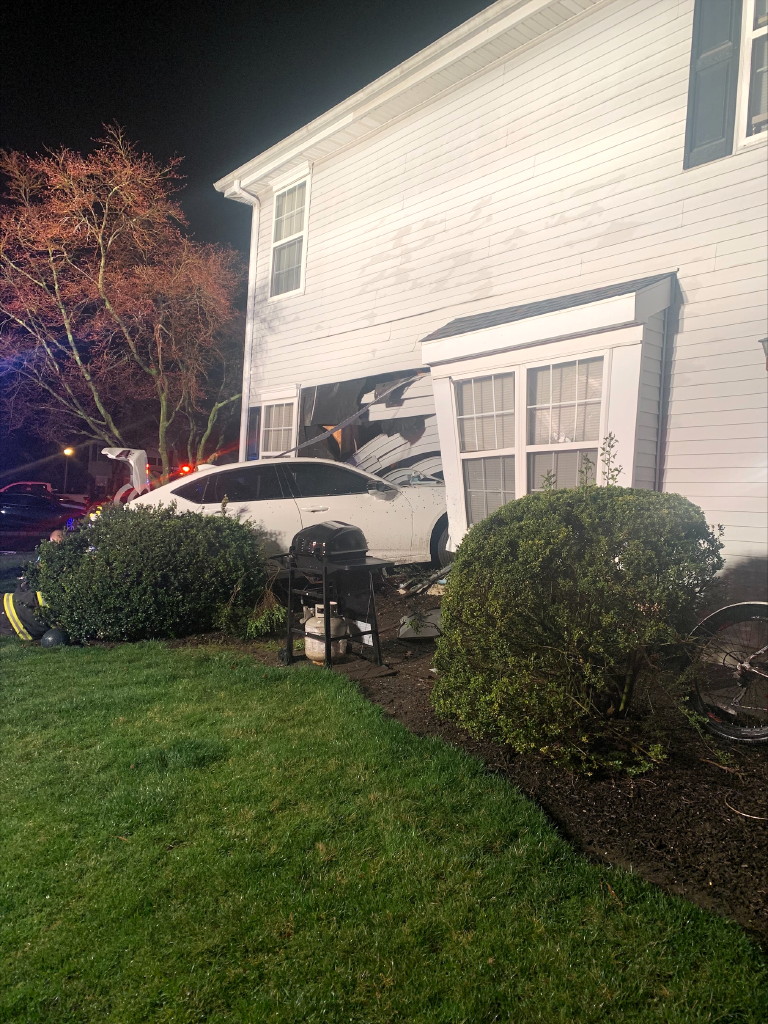 MARLBORO — A resident of the Morganville section of Marlboro was charged with driving while intoxicated after she crashed her vehicle into a home in the township in the early morning hours of April 8.

According to a press release issued by Capt. Stephen Levy, the Marlboro Police Department received a 911 call at 1:51 a.m. from the homeowners at a residence on Windflower Court, which is in a development off Texas Road.

The homeowners reported that a vehicle had driven into their home and caused extensive damage.

Officers arrived on location and found a white 2021 Acura had crashed through the first floor of the residence and caused an approximate 10-foot x 10-foot opening. The residents were uninjured and were able to safely exit the home, according to the press release.

Members of the Robertsville Volunteer Fire Company responded to the scene and assisted with stabilizing the vehicle, removing the vehicle from the home and shoring up the opening the vehicle created in the residence.

The residence was deemed uninhabitable by Marlboro’s building inspector. Employees from Jersey Central Power & Light responded to the scene and shut the power to the house.

The driver of the vehicle, identified by police as a 41-year-old female resident of the Morganville section of the township, was examined by members of the Morganville First Aid Squad, but was not injured in the crash, according to the press release.

Following an investigation by Patrolman Adam Levine, the driver was arrested and charged with driving while intoxicated and other motor vehicle offenses. There were no other occupants in the vehicle. After the driver was processed at police headquarters, she was
released.

Patrolman Christopher VanCuren of the police department’s Traffic and Safety Unit is handling the crash investigation. All emergency personnel cleared the scene by 3:55 a.m., according to the press release.