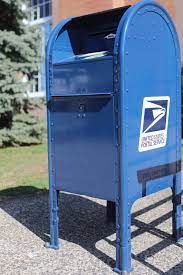 South Brunswick police are investigating the theft of mail from postal mailboxes outside two post offices on April 12.

A resident reported finding mail in the roadway off Broadway Road at around noon, according to information provided by the South Brunswick Police Department. Officer Gerald Sarno retrieved the mail and located two residents who indicated they had placed their mail in the mailbox in front of Dayton Post Office. Officers went to the post office and discovered inside the opening of the mailbox was a piece of paper with sticky material, according to the statement. The paper appeared to be a bug trap.

Officers went to the Kendall Park Post Office and discovered the same setup, according to the statement. The postal mailbox outside the post office had an opened bug trap in the lid.

Officers determined that between 7 p.m. on April 11 and 11 a.m. on April 12, the suspect used the traps to fish mail out of the mailboxes.

It is unclear if the thefts extended to other towns, according to statement.

The United States Postal Inspector was notified and is investigating.