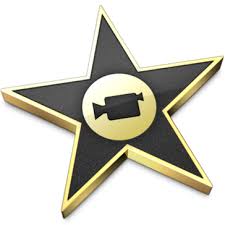 The film follows Kay Montgomery (Monteleone), a top finalist who gets kicked off America’s hottest singing competition, Pop Star Now!, and is forced to move back to her hometown with her mother as reality cameras document her every move.

As “close artistic collaborators,” Hunter had cast Monteleone in several musicals that she had directed and choreographed since 2014. “Kathleen and I truly understand each other both tonally and comedically,” said Hunter. “She wrote ‘American Reject’ based on her own experience as a ‘reject’ on NBC’s ‘Grease: You’re the One That I Want!,’ a nationally televised reality TV competition, and she trusted me to direct the film even though I had never directed a feature film.”

The film was shot on a “breakneck” schedule of 15 days, one that is almost unheard of for a movie that is nearly 90 minutes long.

“This is what I call a ‘big little film’; our team had to put in a tremendous amount of effort, and it was truly ambitious of us to do it all in such a limited timeframe and budget,” Hunter said.

“One of the biggest highlights was working with an extraordinary cast of talented singers and actresses, many of whom have roots in musical theater,” Hunter said. “Being able to sculpt a story cinematically and deliver it through music was so exciting, and this was best shown when we shot the finale sequence of ‘Pop Star Now!’ ”

Ever since graduating from Princeton with a degree in dramatic literature, Hunter has directed, choreographed and developed a multitude of plays and musicals. She credits her directing opportunities in theater with her experiences at Princeton.

“At most undergraduate theater programs, you’re only able to direct in your senior year, but because Princeton has such a robust, independent theater community, I was able to embrace an unusual opportunity to really cut my teeth as a director,” Hunter said. She ultimately directed a total of five full-scale theater productions between two theater companies: the Princeton University Players and Theater Intime. “It really gave me more confidence and helped me find my artistic voice, and I was able to jumpstart my career in New York right after I graduated.”

Now an award-winning theater director and choreographed, Hunter was recently honored as a 2022 Woman to Watch on Broadway by the Broadway Women’s Fund. Noted for her skill in theatrical staging and comedy, she has worked with many award-winning screenwriters and producers to develop new plays and musicals, at times shepherding them from inception to full production. Most recently, she directed a workshop of “Saved By the Bell” as well as the first nine episodes of the podcast musical ‘Little Did I Know’ that took the No. 2 spot on Apple Podcasts’ performing arts charts within four days of its release.

Hunter is currently helming the musical “Ever After,” based on the 1998 film of the same name, with three-time Tony award winner Kevin McCollum, who produced “In the Heights,” “Avenue Q,” and “Rent.”

She is also attached to direct the feature film, “Dedication,” which she has been developing with screenwriter Nicola Klaus based on the novel, “The Nanny Diaries.”