Radiological testing has begun at Colonia High School and will continue through May; more than 100 former staff and students have been diagnosed with brain tumors 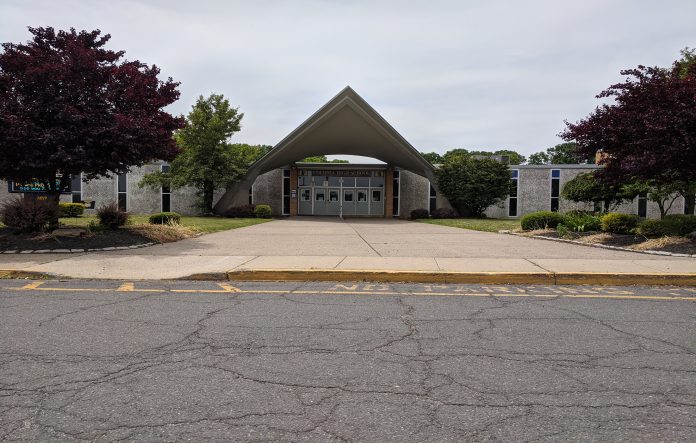 Is Colonia High School the cause of primary brain tumors in former students and staff from 1975 to 1995?

That is what Al Lupiano, Colonia High School (CHS) Class of 1989, wants to find out after he, his wife Michele (CHS Class of 1991) and his sister Angela (CHS Class of 1995) were all diagnosed with rare similar size brain tumors on the left side.

He shared his story in a letter to the editor and on his social media page.

Lupiano, who now lives in Jamesburg, was diagnosed in 1999 when he was just 27 years old. His sister and wife were diagnosed on the same day in August 2021. His wife was diagnosed with an acoustic neuroma (vestibular schwannoma), a benign tumor that develops on the balance and hearing or auditory nerves leading from the inner ear to the brain.

“While generally only life-threatening if left untreated, radiation and surgical removal typically leaves individuals with numerous debilitations including chronic headaches, balance issues, fatigue, deafness, slurred speech, inability to blink, and facial paralysis, to name a few, and that assumes it doesn’t begin to regrow in the future,” he said. “These tumors are even more rare occurring in 10 out of [1 million] individuals.”

The sudden death of his sister led Lupiano on a research mission about the rare brain tumors.

Lupiano said the rarity of the brain tumors raised concerns of the neurologist they shared since they all grew up in relatively the same neighborhood. CHS is the one link of all three of them.

“There is one well documented cause of brain tumors [of] radiation exposure,” he said.

Lupiano put out an urgent call to other CHS alumni who may have experienced what his family has been experiencing. As of April 11, he has documented 102 former students and staff who were diagnosed with primary brain tumors.

“I never in my worst nightmare envisioned ever hitting this milestone,” he wrote in a social media post. “That’s 100 people with their life forever changed. One hundred families having to be told the terrible news. One hundred stories of shock and disbelief with the diagnosis. I pray we find answers.”

Through his mission, Lupiano has garnered the support of federal, state, county and local officials including Gov. Phil Murphy as well as nationwide media attention.

On April 5, the Township Council approved a resolution to enter an emergency agreement with T&M Associates, of Middletown, for professional environmental engineering services for a radiological assessment of CHS in an amount not to exceed $221,350.

Testing inside and outside of school grounds is currently underway while students are on spring break.

“The environmental testing is ongoing at CHS and will extend through the end of the month and into May, weather permitting,” said John Hagerty, director of communications for the township. “Once the field testing is complete, the data will be forwarded to appropriate environmental labs for the completion of the data reports.”

In a letter to CHS parents and guardians, Schools Superintendent Joseph Massimino shared T&M Associates has already begun conducting historic site research and will request any and all necessary records, on an ongoing basis, to assist in their research.

T&M Associates will place radon canisters throughout the building to collect indoor air samples. The canisters are the size of a hockey puck and do not pose any danger as they do not emit any substance and are routinely used in residential homes, businesses, and schools to collect radon measurements. The canisters must be undisturbed and will remain in place for 14 days at which time they will be collected and sent to the lab for analysis. They will likely be placed in conspicuous areas, such as on teachers’ desks, filing cabinets, or hanging from the drop ceilings.

In conjunction with collecting indoor air samples, the environmental company will utilize handheld devices to acquire real time radiation measurements throughout the interior and exterior of the building. They will also be conducting a more intensive walkover survey that will encompass all 28 acres that constitute the property of CHS.

“All of this work will occur on the weekends as they will need unobstructed access to areas within the building as well as parking lots and athletic fields,” Massimino said. “It is imperative that the school community understand that none of the testing and data collection being done is a health or safety concern for our stakeholders.”

Ward 5 Councilwoman Debbie Meehan said the township, in concert with the school district administration, has proactively responded to and prepared a plan to investigate the concerns raised by Lupiano even before action by federal and state agencies.

“The mayor (John E. McCormac) in conjunction with Superintendent (Joseph Massimino) prior to this emergency funding initiated discussion and meetings with federal, state, county and local health environments along with Congressman Frank Pallone (D-New Jersey) requesting agencies move quickly to conduct any necessary research and verification of data so we can officially coordinate and facilitate any actions that will assist in evaluation of the information and implementation of any environmental impact studies,” she said.

McCormac and Massimino had put out a joint statement letting the community know they immediately met to develop a plan to evaluate Lupiano’s raised health concerns and initiated contact with various federal, state, county and local health and environmental agencies.

“Please know that the health and safety of our school community and the Colonia community at-large is paramount and we take the information shared very seriously,” they said in the statement. “We will maintain contact with any/all agencies now involved in reviewing the data and investigating the issues of concern on order to keep our public informed of any findings.”

The New Jersey Department of Environmental Protection (DEP) determined possible radiation hazard from a rock used as part of a radioactivity lesson left no residual contamination in May 1997.

The rock was part of a collection of rocks stored in the closet of one of the science rooms. Officials were called when one of the rocks had registered a reading of radioactivity and as a precautionary measure, the township hazmat evacuated the school building.

The source for the origin of the rock could not be confirmed. It was indicated that the rock was likely donated by a past teacher or student and may have been in the school for 20 years or more, according to the DEP report.