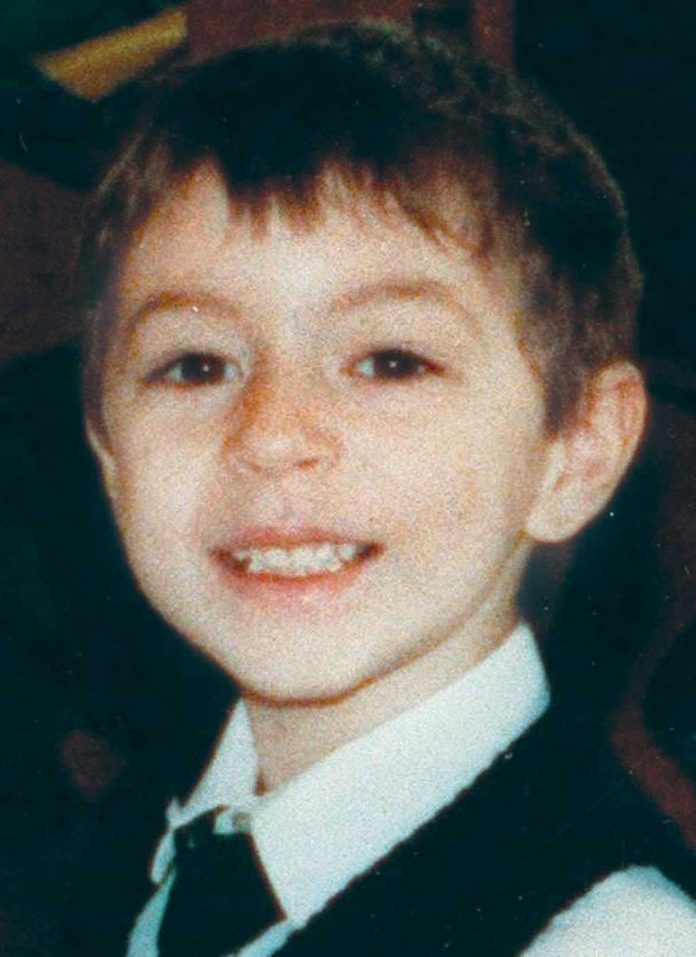 NBC’s Dateline will feature the case that led detectives on a decades-long investigation after Michelle Lodzinski reported her five-year old son, Timothy “Timmy” Wiltsey, missing from a carnival in Sayreville in 1991.

Timmy’s skeletal remains were found in a creek off Olympic Drive in Raritan Center, Edison, on April 23, 1992.

Through testimony, law enforcement officials investigating the case in 1991 and 1992 had said Lodzinski was their primary suspect in Timmy’s disappearance. No criminal charges were filed against Lodzinski until the case was reopened in 2011.

An anonymous tip that came into the Crime Stoppers hotline in 2011 about Timmy’s disappearance prompted the Middlesex County Prosecutor’s Office to reopen the case in 2011.

During the re-investigation, Lodzinski’s estranged niece, Blair-Dilcher, had identified a blue blanket found at the scene of where Timmy’s body was found as coming from Lodzinski’s apartment in South Amboy. Two former babysitters also identified the blanket.

In 2014, a Middlesex County grand jury charged Lodzinski with murder. The trial against Lodzinski began in March 2016 and lasted 28 days.

After five days of deliberations, the jury sitting in Middlesex County found Lodzinski guilty of first-degree murder. She was sentenced to 30 years in January 2017.

The state’s position had been that Lodzinski attended the carnival herself that night, killed Timmy, and dumped his body in the creek off Olympic Drive in Raritan Center, having previously worked four-tenths of a mile from that location, because her son became a burden, preventing her from keeping a steady job and a relationship.

Gerald Krovatin, who represented Lodzinski during the trial and on appeals, had said his client loved Timmy and was a good mother to him. He called the state’s case against her circumstantial with no evidence.

On Dec. 28, 2021, the New Jersey Supreme Court used a power “rarely invoked” and overturned Lodzinski’s conviction 4-3. Hours after the decision, Lodzinski became a free woman after a Middlesex County Superior Court judge ordered her to be released from jail.

After her release, Lodzinski had said she is “just grateful for all the people who stood by my side to get me home to my family and friends. I want to just go home and see my kids.”

Lodzinski had two more sons after her first son Timmy died. The two boys – ages 18 and 14 at the time – lived with their mother in Port St. Lucie, Florida, before her conviction.