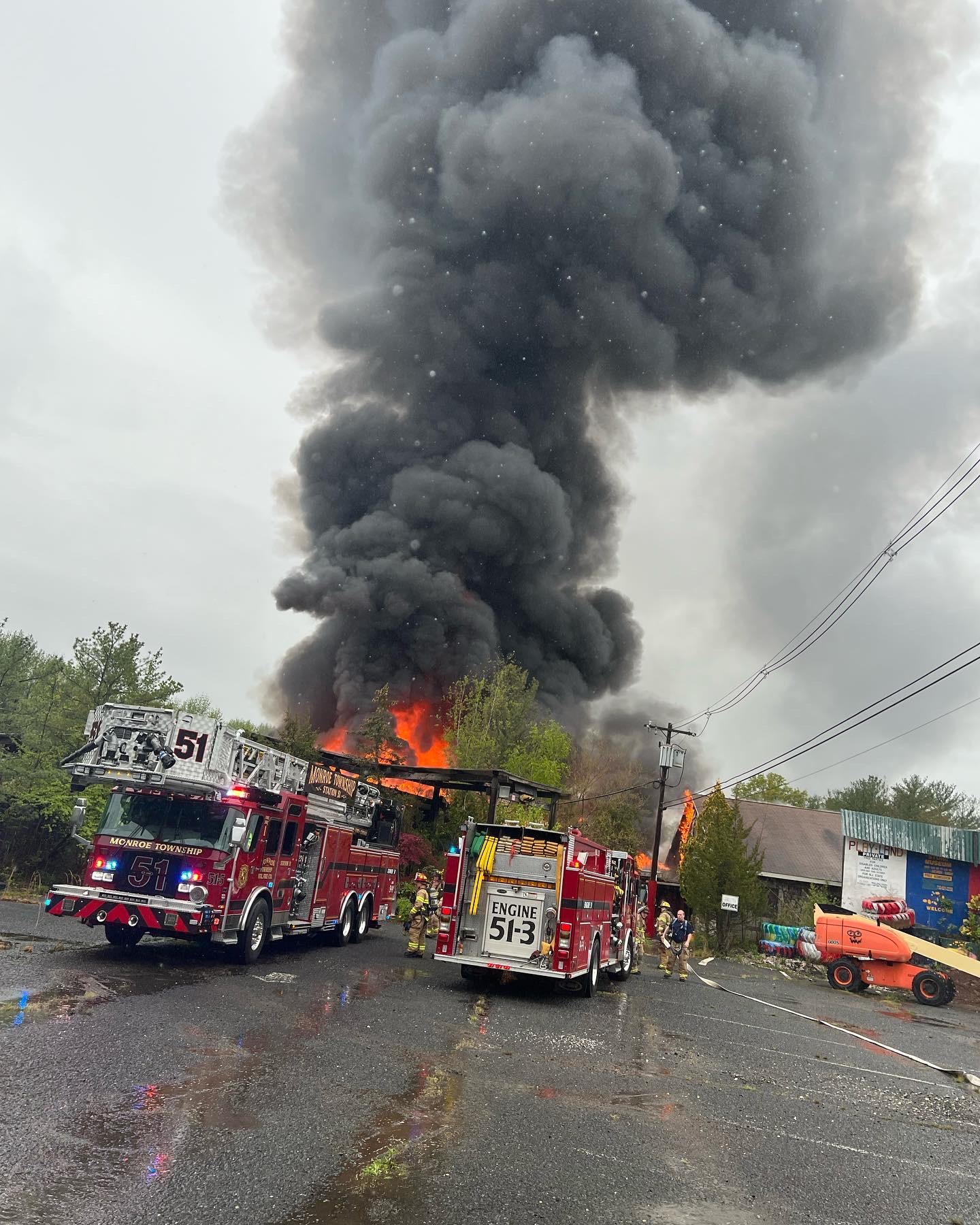 MONROE – A fire has destroyed both building structures at The Stone Museum, according to Fire Chief Frank Steinhauser, of Monroe Township Volunteer Fire Company No. 1.

Firefighters from all Monroe fire districts were dispatched to The Stone Museum on Spotswood Englishtown Road around 3 p.m. May 6 for a report of a building fire.

“While en route, I confirmed the fire with a large column in the sky and requested the second alarm [additional fire department response],” Steinhauser said.

The fire took approximately two hours to bring under control, he said. No injuries were reported on scene.

The Stone Museum closed in 2019 after the owner, Spiro Drake, known as “The Greek,” passed away.

Drake had a vision to provide for children in need. He acquired the vast acreage – just under 100 acres – in 1970 for what is known as The Stone Museum, The Greek’s Playland, and Garden Falls at 608 Spotswood Englishtown Road.

The Stone Museum was a museum of minerals and fossils with a host of indoor and outdoor hands-on displays. The Greek’s Playland located at The Stone Museum was a place for special needs children to come and explore a myriad of sculptures and playgrounds from Monroe the Dino, a 25-foot-tall dinosaur replica in a stone-like enclosure and the world’s largest clown sculpture.

The Greek built Garden Falls, a reception facility, to generate revenue for The Greek’s Playland and The Stone Museum.

The fire is currently under investigation.