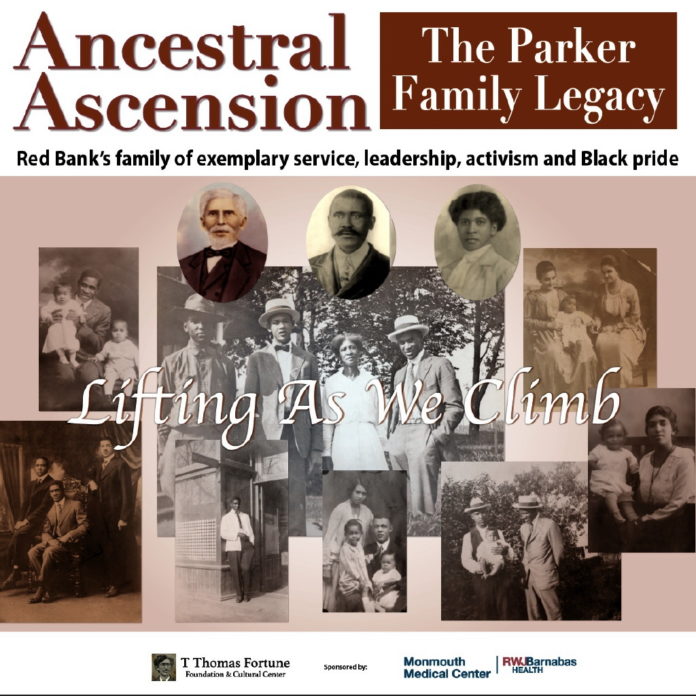 RED BANK — In celebration of the third anniversary of the opening of the T. Thomas Fortune Cultural Center, the nonprofit foundation announces the opening of the Parker Family Legacy Room to honor a family of doctors, dentists and educators who were the vanguard of Black pride and upstanding civic leaders in the Red Bank community for more than 80 years.

Ancestral Ascension, a permanent exhibit, tells the story of enslaved people who ascended to unprecedented heights. The exhibit opens to the public on Memorial Day weekend, May 28, according to a press release.

Sponsored by Monmouth Medical Center/RWJ Barnabas Health, the exhibit is filled with photos that date back to 1916, when Dr. James Wesley Parker opened his first storefront medical practice at 254 Shrewsbury Ave. on Christmas Day.

His son, Dr. James W. Parker Jr., followed in his father’s footsteps, along with Dr. James Wesley Parker’s nephew, Dr. James Alvin Parker, a dentist. They were all serving the greater Red Bank community at the same time.

Dr. James Wesley Parker built his reputation on “curing” the swine flu that was associated with the 1918 pandemic. Collectively they were known for treating patients even if they could not afford to pay for the visit, according to the press release.

In 1955, Dr. James W. Parker Jr. became the first Black doctor on staff at what was then
Monmouth Medical Hospital and Riverview Hospital.

There will also be a companion exhibit titled “Black Firsts in Medicine in Monmouth County,” on display at Monmouth Medical Center, Long Branch, that spotlights those pioneering physicians, dentists, pharmacists and other medical professionals. That exhibit is due to open in early June, according to the press release.

Drs. James Parker Boulevard in Red Bank was named after the three doctors in 2001. Today, the T. Thomas Fortune Cultural Center is located on the street.

The Parker Family Health Center continues to uphold the legacy of the Parker family by serving the most vulnerable people who are uninsured, according to the press release.