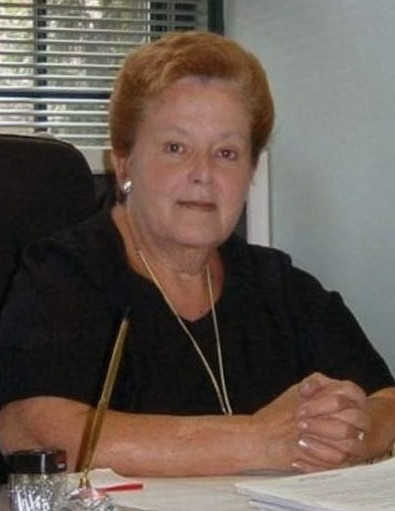 MILLTOWN – Gloria Bradford was decades ahead of her time.

She was the first woman to run for and elected to the Milltown Council; the first woman elected as mayor of Milltown; and the longest serving mayor in the borough’s history, serving 13 years from 1999 to 2012.

“It was no easy feat,” recalled Former Councilman Joseph Pietanza, who worked with Bradford when he maintained the borough’s website. “She was always very supportive.”

Bradford, a Republican, first ran for a seat on the Borough Council in the late 1960s at a time when it was generally unheard of for a woman to hold office.

During an interview with The Sentinel in 2011, Bradford noted her proudest moment as mayor. That year she decided not to seek re-election.

“I would have to say when I won the last election,” she had said. “It was definitely one of the highlights of my career, winning by 400 votes. The voters are saying, ‘Hey, you are accomplishing, you are listening to the needs of the people.’ Also, it confirms that they like me.”

“Mayor Gloria Bradford was a remarkable woman who was an inspiration to all and very community-focused,” former Councilwoman Doriann Kerber said. “She loved Milltown and the people. She encouraged others from kids to teens to adults with the community in mind. Her support gave you a new perspective.

“During her years as mayor, she kept the town moving and attended many events within the community. She had a great sense of humor, was a great storyteller, and listener. Gloria assisted you whenever possible and reached out to others to see how they were doing. She was one-of-a-kind with her jokes and always had a smile. She kept the town engaged. She will be missed and leaves an imprint in many places in Milltown especially at Gloria Bradford Park, the main park in our community where we host town events.”

Bradford, a lifelong resident of the borough, had a long history of devoted service to her community and made enormous strides for women in politics.

Along with serving on council and as mayor, she also served as a member of the Milltown Planning Board and Redevelopment Committee.

In addition, Bradford also had a 32-year career at Johnson & Johnson (J&J) as an executive secretary and held many volunteer hats in the community including president of the Milltown Public Schools Parent Teacher Association (PTA); president and chaplain of the Milltown Fire Department Auxiliary; member of the Joyce Kilmer American Legion Post No. 25 Auxiliary and Destroyer Escorts Auxiliary; vice president of the New Jersey Tercentenary Celebration; member of St. Paul’s United Church of Christ where she served as a Sunday school teacher, president of St Paul’s Consistory and lay leader; a Girl Scout leader, a Cub Scout den mother and Sunday School teacher.

When she served with the PTA she received a Distinguished Service to Education award, at J&J she received a Sales and Logistics Company Vision award in 1996, and she was awarded the New Jersey Tercentenary Outstanding Citizen award.

Bradford enjoyed public speaking, motivational speaking and preaching sermons, according to her obituary.

She had been suffering from dementia. She lived in an assisted long-term care facility.

Bradford’s coffin was drawn by a white horse and carriage along Main Street from Bronson and Guthlein Funeral Home to St. Paul’s Church where family and friends gathered to celebrate her life on May 12.

In lieu of flowers, and at the wishes of Bradford, contributions and donations may be made to the Milltown Fire Department and/or Milltown Rescue Squad.