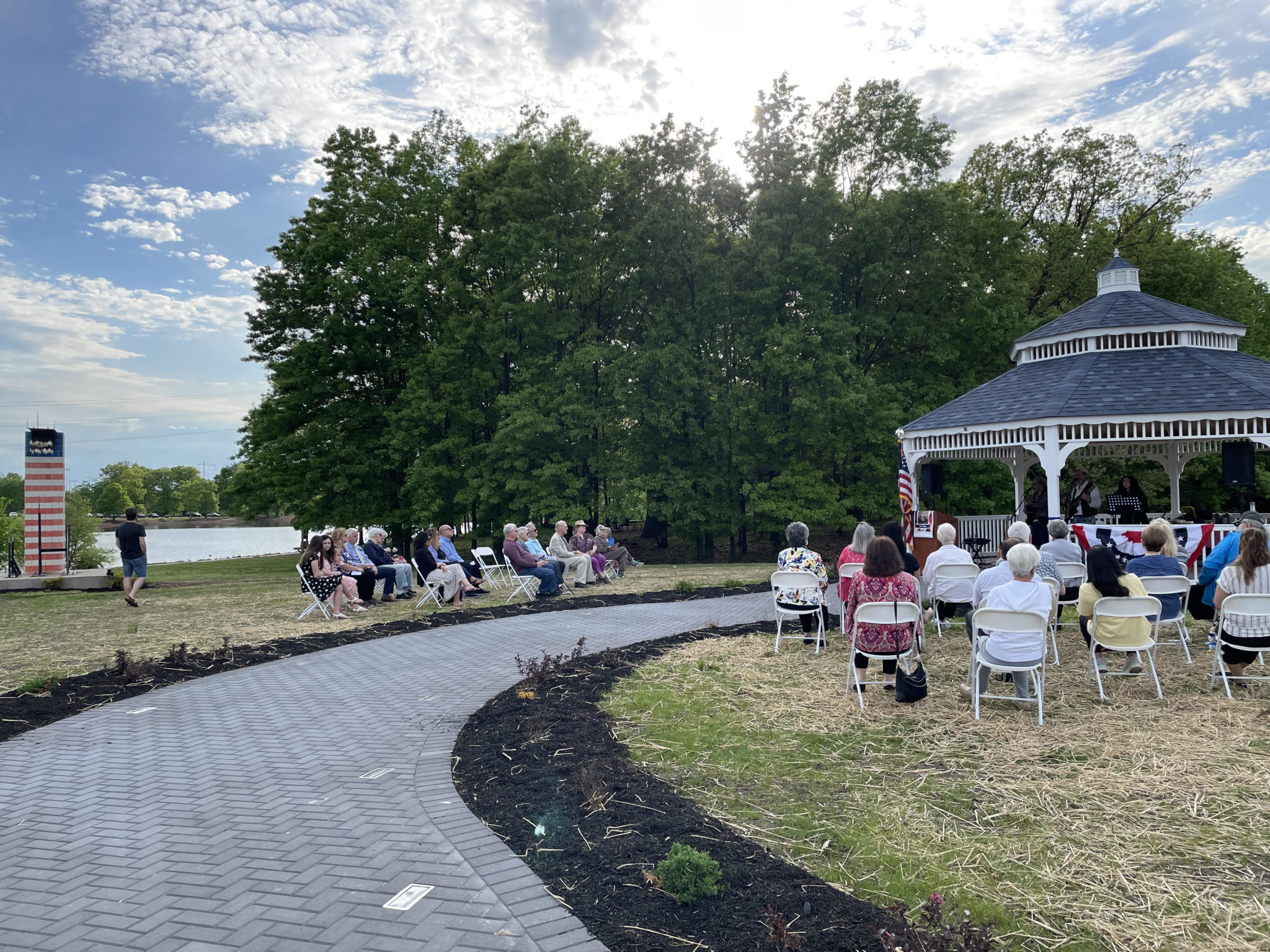 EDISON – From outdoor concerts to weddings, the newly installed gazebo at Papaianni Park expects to become a “landmark for decades to come.”

That is what Mayor Sam Joshi said he envisions as the Edison Arts Society (EAS), a non-profit organization, celebrated the unveiling of the gazebo on May 18.

The gazebo complements the sculpture garden and the Sept. 11 memorial at the park on Municipal Boulevard.

Dittman said the gazebo project, with the support of then-Mayor Thomas Lankey, was announced in 2020; however, due to the challenges of the novel coronavirus pandemic, it was pushed back.

The gazebo was made and shipped in installments from Amish Country Gazebos Inc. in Pennsylvania.

Joshi said the EAS has done an outstanding job with public-private partnerships to light up many different parts of the community over the years.

He said his administration is “all in favor of the arts and the public work” that EAS does.

“I want to make sure we continue this and quite frankly we expand it as much as we possibly can because it touches so many people’s lives,” he said, adding the “visions and concepts” of community projects do not happen overnight, they take “time and persistence.”

Joshi said he wants to make sure Papaianni Park is a crown jewel for the township from Town Hall to Central Avenue.

“We want to recognize the whole area,” he said. “This gazebo is going to be a space where we can gather … we want to make sure we improve upon [and] make sure we host a lot of different events here. I’m very excited to host weddings. Edison residents have already expressed interest just by walking by.”

Dittman announced the upcoming EAS project, which includes the installation of Hero Banners of 19 township veterans on telephone and light poles along the Memorial Day parade route, which is scheduled to kick off at noon on May 28.

The banners will be on display through Veterans Day on Nov. 11.

In addition, the EAS has commissioned artist Nitu Pilania, of the Iselin section of Woodbridge, to paint an American flag mural on the Veteran of Foreign Wars (VFW) Post 3117 building on National Road.

The mural project at the VFW follows a number of murals that have been created across the township, which has been a collaboration of ideas between the EAS and the Edison Chamber of Commerce.

The unveiling of the gazebo included an invocation by Rev. Bishop Nikolaos Brown, of Ignite Church and a small concert by Mara Levine, who is a member of EAS, with Gathering Time.

The scholarships are available to underclassmen in the township to further their arts education.

The gazebo and mural projects follow a number of large EAS projects. In 2018, “The Family” steel sculpture, which is the inaugural structure for the sculpture garden, was erected to represent peace, justice, equality and unity. These were all concepts which internationally recognized artist and Edison resident Fernando Silva wanted to depict in the contemporary depiction of an American family.

The EAS, in collaboration with the township, is organizing a mural competition to decorate the first township community garden, which began construction in April at the Thomas Swales Jr. Park located at Park Way and Elm Street, according to township officials.

All township residents are eligible to apply for a spot in the 38-bed garden, where they can grow healthy vegetables and fruits.

Joshi said the garden and other improvements to Swales Park will “uplift the entire neighborhood and form a sense of pride in the area.”

The garden will feature a shed so residents can store their supplies, as well as work tables where they can get to know each other while working side by side.

Although the garden is being built by the township, the Edison Community Garden Initiative (ECGI), a nonprofit organization, will run it.

Jothi Kesavan, president of ECGI, has said a few beds will be set aside to grow produce for local food pantries.

In addition to the community garden, the nearby volleyball court at Swales Park will be replaced with a new and improved sand volleyball court, a new walking path shaded with trees will be placed along the perimeter of the park, and the baseball diamond will get a proper backstop creating the perfect place for informal games.

For more information about the community garden, visit www.edisoncommunitygardens.org.