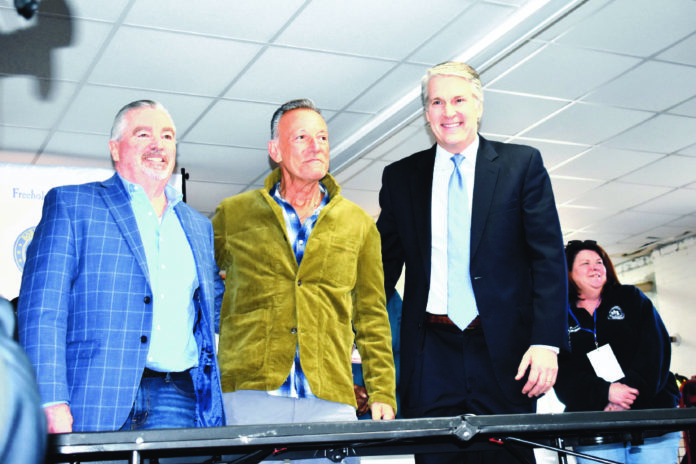 Bruce Springsteen and the E Street Band will mark their return to the road in February 2023 with a string of to-be-announced United States arena dates, followed by European stadium shows kicking off on April 28 in Barcelona, Spain, and a second North American tour leg starting in August.

The planned European stops are Barcelona, Dublin, Paris, Ferrara, Rome, Amsterdam, Landgraaf, Zurich, Düsseldorf, Gothenburg, Oslo, Copenhagen, Hamburg, Vienna, Munich and Monza. Additional cities and shows in the United Kingdom and Belgium will be announced at a later date, according to the press release.

The 2023 dates will mark the first live shows for Springsteen and the E Street Band since the conclusion of their 14-month worldwide The River Tour in Australia in February 2017. The River Tour was named 2016’s top global tour by Billboard and Pollstar.

Springsteen and the E Street Band last reconnected to perform on NBC-TV’s “Saturday Night Live” in December 2020, where they launched live versions of two songs from their most recent studio album “Letter To You,” which reached No. 1 in 11 countries and marked the band’s first time recording live together in decades, according to the press release.

In 2021, Springsteen unveiled his never-before-released “The Legendary 1979 No Nukes Concerts” film, collaborated with President Barack Obama on the book “Renegades: Born In The USA” and reprised his record setting show “Springsteen On Broadway” to help reopen New York City theaters last summer.

In March, Springsteen was in his hometown of Freehold Borough to unveil plans for My Hometown: The Bruce Springsteen Story Center. The exhibition space will be created in the renovated Freehold Fire Department headquarters, 49 W. Main St.

The plan to create the space was announced by the Bruce Springsteen Archives and Center for American Music at Monmouth University, West Long Branch, in collaboration with Freehold Borough municipal officials.

Springsteen, who grew up in houses on Randolph Street, Institute Street and South Street in the borough, said he consented to the idea of an exhibition space that is expected to include artifacts, photographs, multi-media displays and interactive displays.