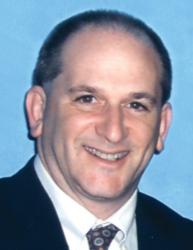 I entered high school already knowing Mr. Tave as the leader of my youth group at Congregation Sons of Israel in Manalapan. He and his wife, Alison, made the teenagers who were in their care feel comfortable and safe.

One evening during a youth group meeting in the synagogue, likely in September or October 1974, Mr. Tave approached me and suggested that I should try out for the high school wrestling team.

Prior to that evening, I had never given scholastic wrestling a moment’s thought. I’m not certain I even knew high school wrestling existed. I much preferred the variety of professional wrestling one could watch on Channel 9 on Saturday night.

But Mr. Tave told me the Manalapan team needed wrestlers at the lighter weights (I weighed 98 pounds as a freshman) and so I said I would give wrestling a try.

I found out sometime later that my father, Norman, who was a boxer at the City College of New York and in the U.S. Army during World War II, had asked Mr. Tave to recruit me for the wrestling team. Their secret collaboration worked.

With encouragement from Mr. Tave, I showed up at wrestling practice in November.

In the winter of 1974-75, the Manalapan wrestling room was filled with colorful characters and we practiced and competed under the watchful eyes of Mr. Tave and assistant coach Tom Collins.

I stuck with wrestling for three years and have fond memories of my matches and my teammates. I am glad my father and Mr. Tave got together to give me a push in the right direction.

If you do a job like this for as long as I have – right now I am one month shy of 40 years – you start to see people you admired and cared about pass away.

Dennis Tave, 77, my Manalapan High School wrestling coach, synagogue youth group leader and private driving instructor, died on May 14. His passing really hit close to home and it means everyone is getting older, this writer included.

A native of Manalapan, Mr. Tave graduated from Freehold High School, where he wrestled and played football for the Colonials.

After graduating from college, he came home to teach and coach at Freehold Borough High School in 1966. He moved to Manalapan when that school opened in the early 1970s.

He coached and taught at Manalapan for several years until returning to his alma mater, Freehold Borough. During his tenure in the district, he coached football, wrestling and track.

Funeral services were held on May 17 at Bloomfield-Cooper Jewish Chapels, Manalapan. Burial was at Congregation Sons of Israel Cemetery, Manalapan.

Thank you, Mr. Tave, for taking a high school freshman and giving me a chance to compete in a sport I knew nothing about, to become somewhat proficient, and to have been able to carry memories of those days for more than 40 years.

An educator’s legacy truly lasts a lifetime, even if we do not always have the opportunity to tell all of our teachers how much they meant to us.

Mark Rosman is the managing editor of the News Transcript.