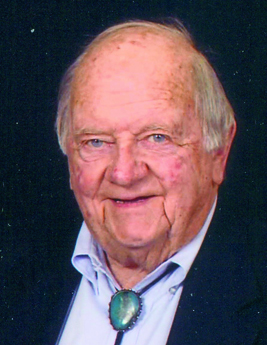 Thomas F. Pessel, 96, of Sea Girt, NJ, passed away Wednesday, April 6, 2022, at his home.
Born November 28,1925 in Princeton NJ, Tom grew up in Hopewell NJ. He enlisted in the United States Marine Corps and proudly served during WWII from 1944-1946. After his honorable discharge Tom finished high school at The Drew School in San Francisco and then graduated from Syracuse University in 1951. Tom served in the United States Army as First Lieutenant 1951-1953 during the Korean War. He worked as Executive of Sales & Marketing

for Scott Paper Company & International Paper. He completed his work career at CGS Scientific Corporation as President and CEO.

Tom’s greatest joy was his family, and he was a devoted husband, Dad, and Grandpa. Tom enjoyed an active retirement. He was an outdoorsman and loved hunting, fishing, and watching the wildlife. His hobbies, cooking, gardening, and reading brought him pleasure. He had a senior pass from Aspen Ski Company & spent many days on the mountain with his wife and family. He also rode his bike until he was 95!! Tom was a member of The First Presbyterian Church in Manasquan NJ. and a life member of The Brandywine Trout and Conservation Club.

Arrangements are under the care of Orender Family Home for Funerals, Manasquan, NJ.

A funeral service will be held at 11:00 am June 3rd at The First Presbyterian Church in Manasquan presided by Pastor Jim Dunson, 16 Virginia Avenue Manasquan NJ. A reception at the church will immediately follow the service.

In lieu of flowers contributions may be made to The First Presbyterian Church, Manasquan, NJ.

To send condolences to the family please visit www.orenderfamilyhome.net.