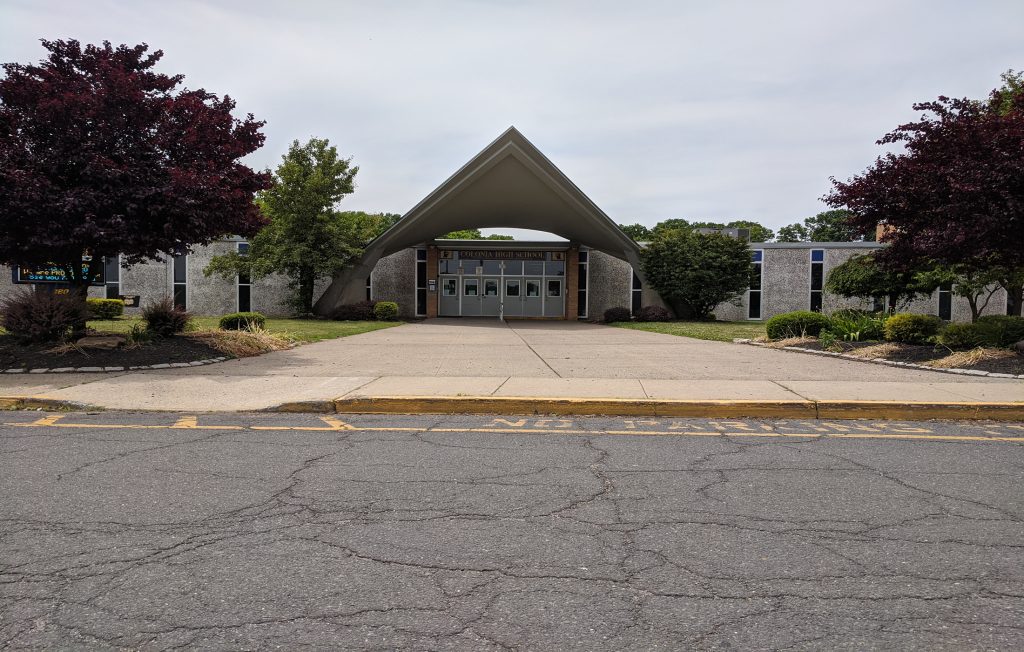 That is the conclusion federal, state, county and township officials concluded after weeks of radiological testing inside and outside of school grounds in April and May.

“This is terrific news for current students of Colonia High School (CHS) and their parents who worried about their safety along with current staff members,” Mayor John E. McCormac said. “This is also great news for all former students who attended and staff to work at CHS since it opened back in 1968.”

McCormac said they sympathize with anyone who has experienced brain tumors and brain cancers, especially those who lost loved ones to the terrible disease, but “there is no cause-and-effect relation between those illnesses and the buildings or grounds at CHS.”

In April, the township entered an emergency agreement with T&M Associates, of Middletown, for professional environmental engineering services for a radiological assessment of Colonia High in an amount not to exceed $221,350.

The testing was prompted after township officials learned of various social media posts related to several instances of brain tumors and brain cancer among students and faculty of CHS from approximately 1975-99.

“We contacted the author of the post, former student and former resident Al Lupiano, and offered to help,” McCormac said.

Through his posts, Lupiano, CHS Class of 1989, wanted to find out if CHS is the cause of primary brain tumors that have affected more than 100 former students and staff.

The sudden death of his sister led Lupiano on a research mission about the rare brain tumors.

Lupiano said the rarity of the brain tumors raised concerns of the neurologist they shared since they all grew up in relatively the same neighborhood. CHS is the one link of all three of them.

In a Facebook post, Lupiano said “the battle over what’s affecting hundreds of CHS alumni, teachers and staff is not over with the help of renowned doctors and scientists.”

He called the data presented at the press conference “flawed.”

Township officials have posted the radiological reports on the township website at www.twp.woodbridge.nj.us.