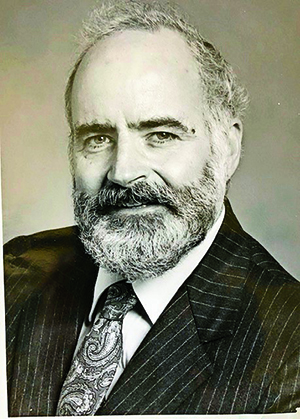 Born in Wilkes Barre, Pennsylvania, he graduated from GAR High School. As a young man, he worked for Planters Peanuts. In 1954, he completed his BA in Economics at the University of Pennsylvania’s Wharton School.

Richard worked for the General Electric Company in various financial and marketing management positions for 32 years. In the 1960’s, he worked with GE’s Aerospace Group in Valley Forge, Pennsylvania, during which time he lectured on cost modeling at NASA and at Wharton Graduate School. Later, as Manager of Administration and Funding for the International Sales Division in New York, he traveled extensively worldwide, planning and overseeing the budgets and sales plans of offices in 42 countries.

After retiring, he pursued an interest in holistic health and obtained a degree in massage therapy. He worked and volunteered in this capacity well into his 80’s. In his final years, he practiced Reiki. He always enjoyed helping people with their physical and emotional healing.

Richard was predeceased by his wife, Joanne, his brother, George, and his sister, Nancy.

He is survived by his three children: Lynn Hannye of Waianae, Hawaii, Richard Hannye (Stacy) of Bensalem, Pennsylvania, and Marie Hannye-Scurato (Roland) of Princeton Junction. Surviving also are his niece, Tina Best (Buddy) of Indianapolis, and his nephew, Mark Hannye, of Moscow.

There will be a private funeral for immediate family. As Richard was passionate about the cause of preventing blindness, the family would be thankful for donations to Helen Keller International or Orbis International.