HAZLET – Two police officers have been promoted to new positions in the Hazlet Police Department.

Galvin and Schmidt were both selected through a certification of eligible candidates, according to the resolutions.

Galvin will be part of the department’s administrative team, which is a shared responsibility of the police chief, deputy chief, lieutenants and clerical personnel.

Police administration is responsible for the accreditation process, implementing departmental policy and procedure, public information, traffic safety, procurement and distribution of supplies and equipment, budget preparation and oversight, police grant applications, departmental technology and information, and training of all personnel, according to the Hazlet Police Department webpage.

Hazlet’s current police chief is Ted Wittke, who is a graduate of Raritan High School in the township. Wittke was promoted to the rank of police chief in September 2020.

During Wittke’s tenure, the police department has successfully achieved reaccreditation status through the New Jersey State Chiefs of Police Association; purchased load bearing vests to increase the health of its officers; begun renovations in police headquarters; and replaced the shooting range which will increase training while lowering training costs, according to the webpage.

The police department has continued to partner with Hazlet’s Hope Network, launching ASSIST, which allows individuals who are dealing with a substance abuse disorder to come in and speak to a peer recovery coach to get the help they need.

In other business, a shared services agreement has been authorized between the Hazlet Township Public Schools and the Township Committee to provide police security at school events for a five-year period.

On May 3, committee members authorized the agreement with the school district. Under the terms of the agreement, the township will provide officers from the police department at certain school-related events. The agreement will be effective from July 1, 2021, through June 30, 2026.

Other recent municipal actions include the following:

• Courtney Hogan has been appointed Hazlet’s tax collector for a term beginning Jan. 1, 2022 and ending Dec. 31, 2026, after which her appointment may be renewed by the governing body;

• Dylan Lonnay has been hired as a full-time provisional laborer in the Department of Public Works;

• Township Committee members passed a resolution authorizing the execution of a 2021 Monmouth County open space grant agreement that was awarded to Hazlet for the North Hazlet Community Park project;

• Township Committee members authorized funding for the purchase and installation of a generator for the North Centerville Volunteer Fire Company. In exchange, the township will have the right to use the fire company’s facility as a pre-evacuation center in an emergency. The installation and purchase of the generator is not to exceed $108,625; 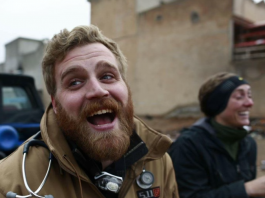 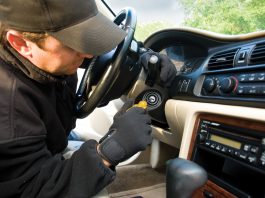