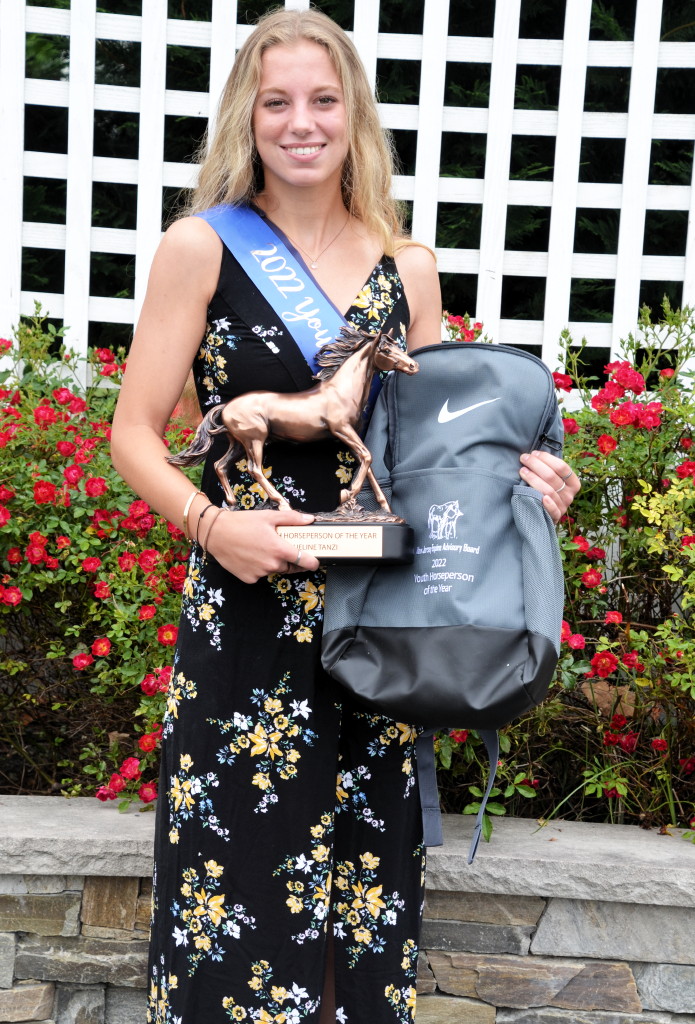 Jacqueline Tanzi, 18, of Howell, was named the 2022 New Jersey Youth Horseperson of the Year by the New Jersey Equine Advisory Board at the 65th annual New Jersey Breeders’ Luncheon.

Tanzi, who is completing her senior year at Howell High School, was representing the New Jersey Horse Council.

As Youth Horseperson of the Year, Tanzi will attend functions hosted by the New Jersey Equine Advisory Board and represent the board at various events, according to a press release from the New Jersey Department of Agriculture.

“Jacqueline’s passion for horses and her participation in various equine competitions throughout her career is why she was chosen as New Jersey’s Horseperson of the Year,” New Jersey Secretary of Agriculture Douglas H. Fisher said. “She will be a wonderful role model for those who are interested in equine and a great ambassador for the Garden State.”

Jacqueline started riding when she was about 4 years old on her mom Renee’s horse farm in Sussex County and has been a member of the Hearts and Horseshoes 4-H club for 11 years.

She has participated in horse bowl, hippology and horse judging 4-H competitions, including qualifying for the national roundup in Kentucky for the second straight year, according to the press release.

“I was over the moon about getting this award,” Tanzi said. “Seeing all the faces that are in the horse business in New Jersey and having my name said among these people was a huge thing.”

Tanzi won the Introduction to Western Dressage championship in the East Coast Regional Dressage Association and regularly participates in 4-H shows, having reached the state level several times. This year she is also competing in the Autumn Riders Horse Shows in Freehold Township, according to the press release.

Winning the Western Dressage competition was a significant moment for Tanzi and her horse.

Tanzi’s highlights did not come without some difficult moments during the past year. Her horse Laci passed on Tanzi’s birthday, and after trying a couple of new horses, one of which sent her for a spill, she now has a 3-year-old paint named Trixie and they have hit it off.

“I went to go see her and absolutely fell in love,” Tanzi said. “She is so calm and well-tempered. I had missed having a young horse. She is everything I could have asked for.”

Tanzi plans to continue her education in the Penn Foster Online Program to become a veterinarian technician for horses and other large animals, according to the press release.

“I am currently a horse trainer and exercise horses,” she said. “It’s a steady job, but some years are good and some not so much. I would rather do something where I can work with a personal veterinarian or at an animal emergency hospital.”

No matter which specific career path she takes, Tanzi cannot envision her life without horses.

Tanzi admits that being a horse person is something in her blood.

“I was born with it,” she said. “My mom used to take me to the Sussex County Fair and (I would) do the pony rides and she could not get me off them.”

Tanzi now feels she has a special connection to equine.

“It’s their ability to listen to you,” she said. “They are quiet creatures, but they say so much. They know when things are a little off. I have conversations with a horse that I couldn’t have with the world. When they trust you, their personalities come out and it’s the most amazing thing to see.”