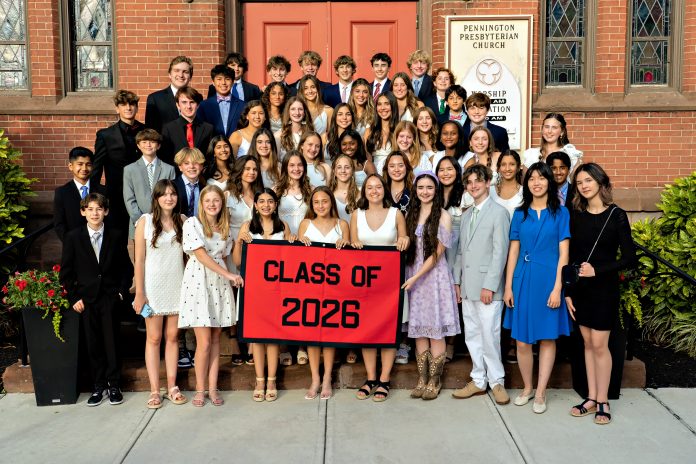 Some 50 students completed their studies. After an invocation from Chaplain David Hallgren, Head of School William S. Hawkey presented opening remarks on June 9, according to a press release from the school.

Chrissie Knight delivered the Head of Middle School’s remarks, and as the diplomas were formally granted, eighth-grade faculty advisors offered remarks about each of the graduating students, according to the press release.

Robert E. Martini Assistant Head of School for Community Life and Dean of Students Chad
Bridges then welcomed the graduates to Pennington’s Upper School, and Rev. Hallgren offered the benediction.