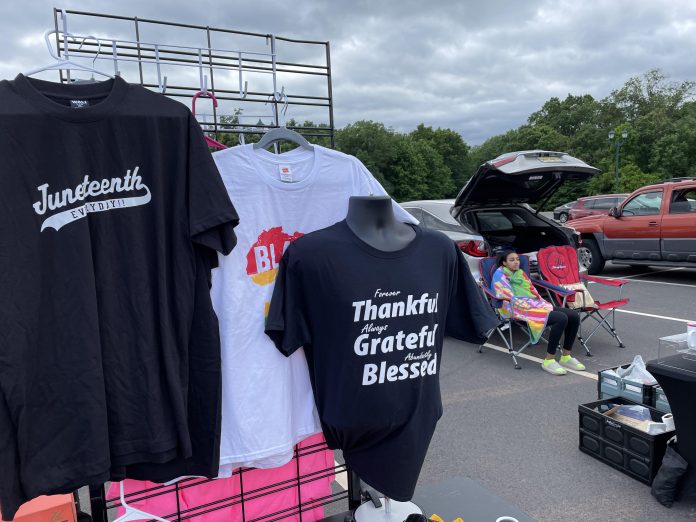 The Metuchen Downtown Alliance along with the Metuchen Human Relations Commission and Metuchen Edison Branch of NAACP (the National Association for the Advancement of Colored People) hosted its second annual celebration with the theme Afro-Futurism.

The downtown featured art focused on Afro-Futurism, a movement in literature, music and featuring futuristic or science fiction themes which incorporate elements of black history and culture.

Attendees learned about the holiday and enjoyed performances from drumline, step-dancer and majorette performers from SoulPhamm United, Steppaz with Attitude and Positive Movement Entertainment from Philadelphia.

Leading up to Juneteenth, the Metuchen downtown featured art focused on Afro-Futurism.

Due to the wind, the showing of “Black is King,” a Beyonce-produced film with a lens on Afro-Futurism, was canceled.

On June 19, Suite Metuchen welcomed a panel of vendors for a Juneteenth pop up shop, which featured Curios by Jess, Black & Golden Natural Oils, We Are Wonderfully Made, Taste of Shay and Luna Lux Collections.

In Woodbridge, Councilman Kyle Anderson with Woodbridge Organization of Neighbors Advocating for Change hosted a celebration on the field behind Woodbridge High School.