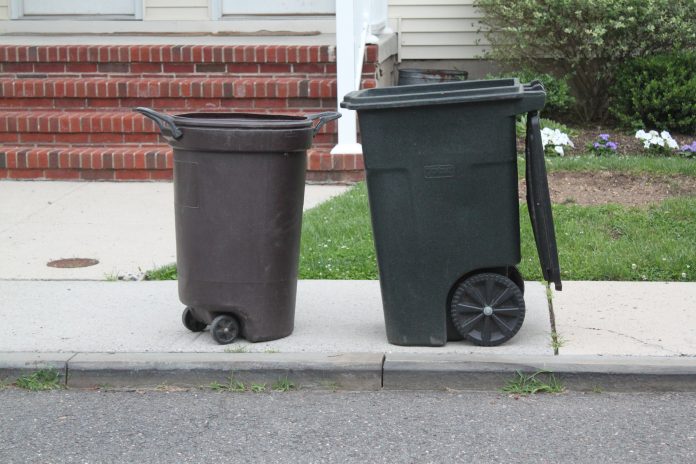 The Princeton Council has asked a consultant to prepare bid documents for a new trash-hauling contract that would also bring back the organic waste collection program.

Consultant Wayne DeFeo outlined a set of recommendations at a council meeting on May 23. The town’s contract with its current waste hauler is expiring, and officials agreed to revisit the current trash contract.

The current contract provides for weekly solid waste and bulky waste collection. Solid waste is defined as household trash, and bulky waste includes large items such as bedding and chairs. Residents provide their own trash containers.

“Having uniform trash containers would make the town look cleaner and neater, and also reduce litter,” DeFeo said. “If a household believes it needs more than one container, it could be purchased from the trash hauler.”

Lawrence Township implemented a similar system several years ago minus the organic waste collection component. Residents are issued a trash container by the town, so all of the trash containers look alike. It is a semi-automated system.

Princeton’s organic waste collection program had been suspended in 2020 for lack of participation. Under the new contract, the program would be provided to the approximately 7,000 households instead of the previous voluntary program that attracted fewer households.

Since the beginning of the COVID-19 pandemic, there has been an increase in the amount of trash collected, Municipal Engineer Deanna Stockton said, noting more people were working from home and generating more trash.

The increase in the amount of trash generated on an annual basis – 5,048 to 6,025 tons – has significantly affected the cost resulting in an increase of 18% for collection and disposal, Stockton said.

Compounding the issue is the widespread labor shortage, which has led to disruptions in service, DeFeo said.

“It is difficult to find enough people to do the job of riding on the back of the trash truck, picking up the trash cans and dumping them into the truck,” he said.

The hourly pay for laborers has increased from $13 to $15 per hour to more than $20 per hour, DeFeo said, adding the truck drivers, who must hold a special commercial driver’s license, are earning more than $30 per hour.

The cost of new trash collection trucks and the increase in fuel costs also has contributed to the rate increases on new trash hauling contracts, DeFeo said.

“Diesel fuel is estimated to reach $8 per gallon by August, and the trucks get about nine miles per gallon. The cost for trucks that use natural gas also has increased,” he said.

The rate for a new trash collection contract would increase 30-40%, DeFeo said.

“Bringing back the organic food waste collection program would help to reduce the disposal costs of trash that is collected by reducing the amount of trash that goes into the landfill,” he said.

Symington said that introducing organic food waste recycling would help the town to meet some of the goals in its Climate Action Plan. One of the goals is to reduce community-wide carbon emissions by 50% by 2030, based on 2010 levels, she said.

“This is something we have been wanting to do as a Council for several years,” Councilwoman Mia Sacks said, praising DeFeo as the “premier consultant” for solid waste collection systems.

“He has done a thorough audit of our waste stream and has come up with recommendations for options that are more sustainable and hopefully more economically sustainable as well,” Sacks said.

Princeton Councilwoman Michelle Pirone Lambros said she liked the “uniformity and cleanliness aspects” of the recommendations. She also liked the prospect of bringing back organic waste disposal because “so much is going into the landfill that should not. It will help the environment.”

Princeton Council President Leticia Fraga also endorsed the consultant’s proposal, and suggested that the educational component of the new program should be made available in several languages.

The next step is for DeFeo to prepare bid specifications for the solid waste, bulky waste and organics collection contracts. If a contract is awarded, the educational component for the new system would begin in the fall. The new trash collection system would then be implemented in February 2023.