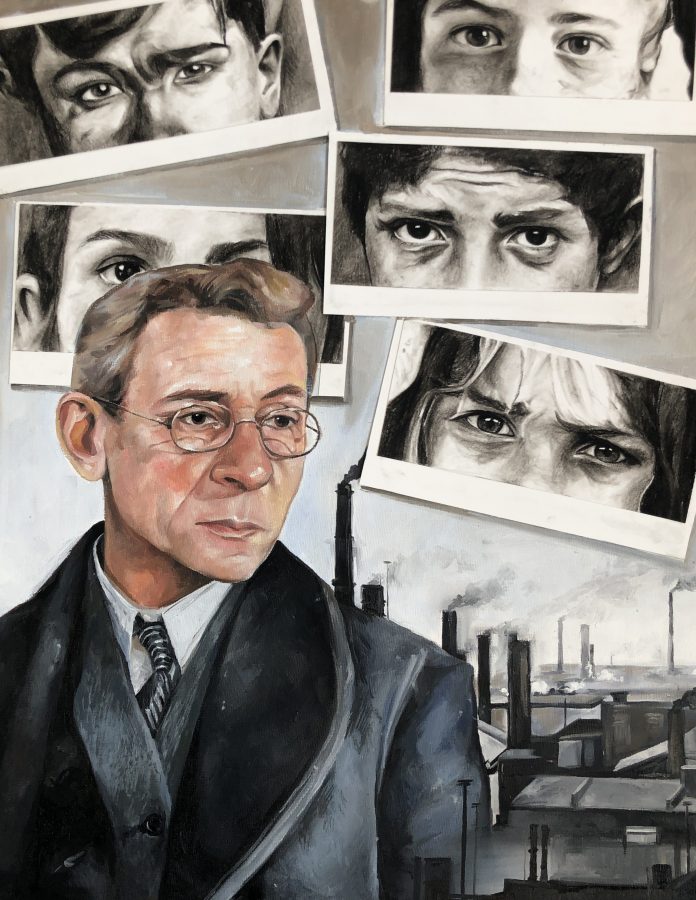 The competition, through the Lowell Milken Center for Unsung Heroes (LMC) in Fort Scott, Kans., challenges middle and high school students to honor unsung heroes with creativity and skill, according to a press release through LMC.

LMC announced the nine winners of the competition on June 15.

Raelynn received one of the two $2,000 awards. She was the only student from New Jersey named as a winner. Her entry “Man Behind the Camera” is a fine art profile of Lewis Hine, a photographer who advocated for child-labor laws and fought for social justice, according to the press release.

In her announcement online, Raelynn said she would like to see what she did “as an extension of what [Hine] was trying to do.”

“In all his photographs he forced you to look at these kids, and [in] a lot of them these kids were making direct eye contact,” she said. “I tried to instill that in my paintings, everything that I noticed in what he did, in his photography, right on the canvas.”

Hopewell Valley Central High Art teacher Lora Durr, who is a LMC fellow and was by Raelynn’s side for the announcement, said she is proud of her student.

“[Raelynn] could have very easily done the whole thing in just oils, but she thought it would be important to incorporate other materials and so part of it is done in charcoal, part of it is done in oil. It creates a gorgeous sense of depth and contrast and emotion in the piece,” she said.

“We at the Lowell Milken Center for Unsung Heroes salute excellence and the active imagination of our student champions,” he said.

All the winning artwork is showcased on LMC’s website and in LMC’s Hall of Unsung Heroes in Kansas, which is a museum and research center visited annually by thousands of people.

The ArtEffect judging panel consisted of LMC’s executive leadership and notable figures in the art design world, including professionals from ArtCenter College of Design, California Institute of the Arts and Claremont Graduate University, according to the press release.