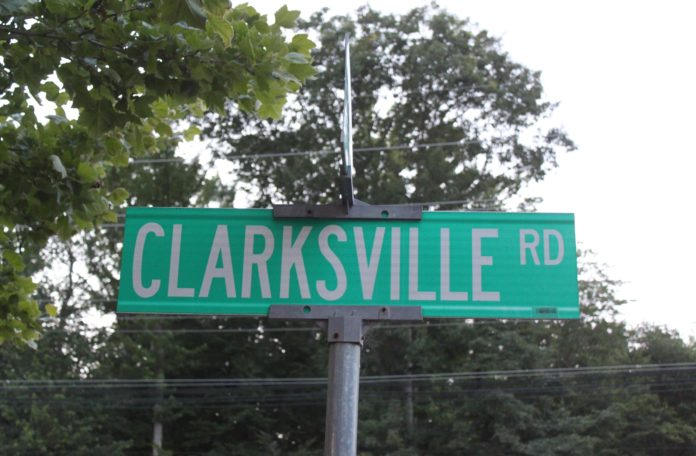 The West Windsor Township Planning Board approved an application to build a 5.5 million-square-foot warehouse distribution center on Quakerbridge Road.

Planning Board members Simon Pankove and Allen Schectel voted “no.”

Marathe made a motion to approve the application after the last condition was read, seconded by Baig. Attendees yelled “boo” as each board member voted “yes,” and cheered when the two “no” votes were cast.

Applicant Bridge Point WW LLC sought preliminary and final major site plan approval for the warehouse distribution center on the site of the former American Cyanamid property. The 645-acre parcel is opposite the Quaker Bridge Mall, which is in Lawrence Township.

The parcel is bordered by Route 1, Quakerbridge Road and the Northeast Corridor railroad tracks. Its front on Quakerbridge Road spans both sides of Clarksville Road. Bridge Point WW LLC will subdivide 539 acres from the overall parcel for seven warehouses. The remainder will be developed in the future.

Schectel, who voted against approving it, said that conditions attached to approvals are usually proposed to make an application better. But from his perspective, “no matter how many conditions are proposed, they do not get to the underlying problems noted by the Planning Board and the public,” he said.

“West Windsor is a family-friendly town that has always prided itself on its excellent schools and the children who attend them. The proposed project represents a threat to the safety of the school children from Maurice Hawk Elementary School and West Windsor-Plainsboro High School South (which are on Clarksville Road),” he said.

Schectel pointed to the increase in truck traffic on Clarksville Road and the potential impact to the schools and the neighborhood.

“School buses and parents drop off and pick up their children at the elementary school,” he said. “Some children walk to school and must cross Clarksville Road.”

Schectel was critical of the applicant’s traffic study, which he described as a “fairly traditional evaluation” of an application that is not a traditional project. The traffic study did not consider the specialized nature of warehouses. From his own professional experience as a planner, truck traffic will likely occur throughout the day and evening, he said.

The second phase consists of four warehouses totaling 2.5 million square feet. There are 449 loading docks and 564 trailer parking spaces plus parking for 1,074 vehicles.

Some of the total 2,2021 vehicle parking spaces are “banked” and will possibly be built at a later time, according to the applicant.

The application drew stiff opposition from West Windsor residents, who voiced their disapproval during the public comment portion of the Planning Board’s June 1 meeting.

The residents were concerned that tractor-trailer trucks would use Clarksville Road to reach the Princeton-Hightstown Road/Route 571 to reach the New Jersey Turnpike in East Windsor.

The opponents showed their disapproval again at the special meeting. Some carried signs – “Princeton Junction, not Warehouse Junction,” “No more warehouse in West Windsor,” “Stop the warehouses, stop the trucks” – while others wore T-shirts that said, “Save our hometown, stop the trucks.”

The Planning Board spent more than three hours at the meeting reviewing a list of 82 conditions for approval of the application. The conditions addressed the site plan; traffic, access, circulation and parking; noise; landscaping and conservation; the building architecture; signage; storm water management; utilities; fire and emergency services and “other” conditions.

The Planning Board approved the application, but no warehouse construction can begin until the New Jersey Department of Transportation (NJDOT) grants approval to construct a connection between a new road that will bisect the property and Route 1, board officials said.

The new road will be built through the warehouse distribution center, starting at Quakerbridge Road opposite Avalon Way. It will cross Clarksville Road. The new road will stop short of Route 1, because the NJDOT controls all access directly onto Route 1.

Once the warehouses are built, tractor-trailer trucks will not be permitted to turn onto Clarksville Road from the new road through the warehouse distribution center. The new road will be designed to prevent trucks from turning onto Clarksville Road to reach the Princeton-Hightstown Road/Route 571, pending Mercer County approval, board officials said.

Driveway entrances will not be permitted on Clarksville Road at the warehouse distribution center. Emergency entrances may be constructed for use by fire trucks, police cars and ambulances.

Traffic reports will be prepared by the applicant for three years after the initial occupancy of the three warehouses in the first phase. The traffic reports will include the full length of Clarksville Road, including intersections, from the property to the Princeton-Hightstown Road/Route 571, board officials said.

Many attendees praised Pankove and Schectel, but criticized and berated the Planning Board members who voted for the application.

Jackie Alberts, who is a former township councilwoman and planning board member, said that “all the time I served, your first interest was in the people of West Windsor and its future.”

“The current members have failed to represent the long-term interests of the residents,” she said. “The problem with land is, once it’s built on, it’s gone. The Planning Board members, with the exception of [Schectel], paid insufficient attention to the details of this massive project.”

Another attendee said the Planning Board members were “not qualified” to serve, and they would all be recalled and “out of here. We need people to do the right thing.”