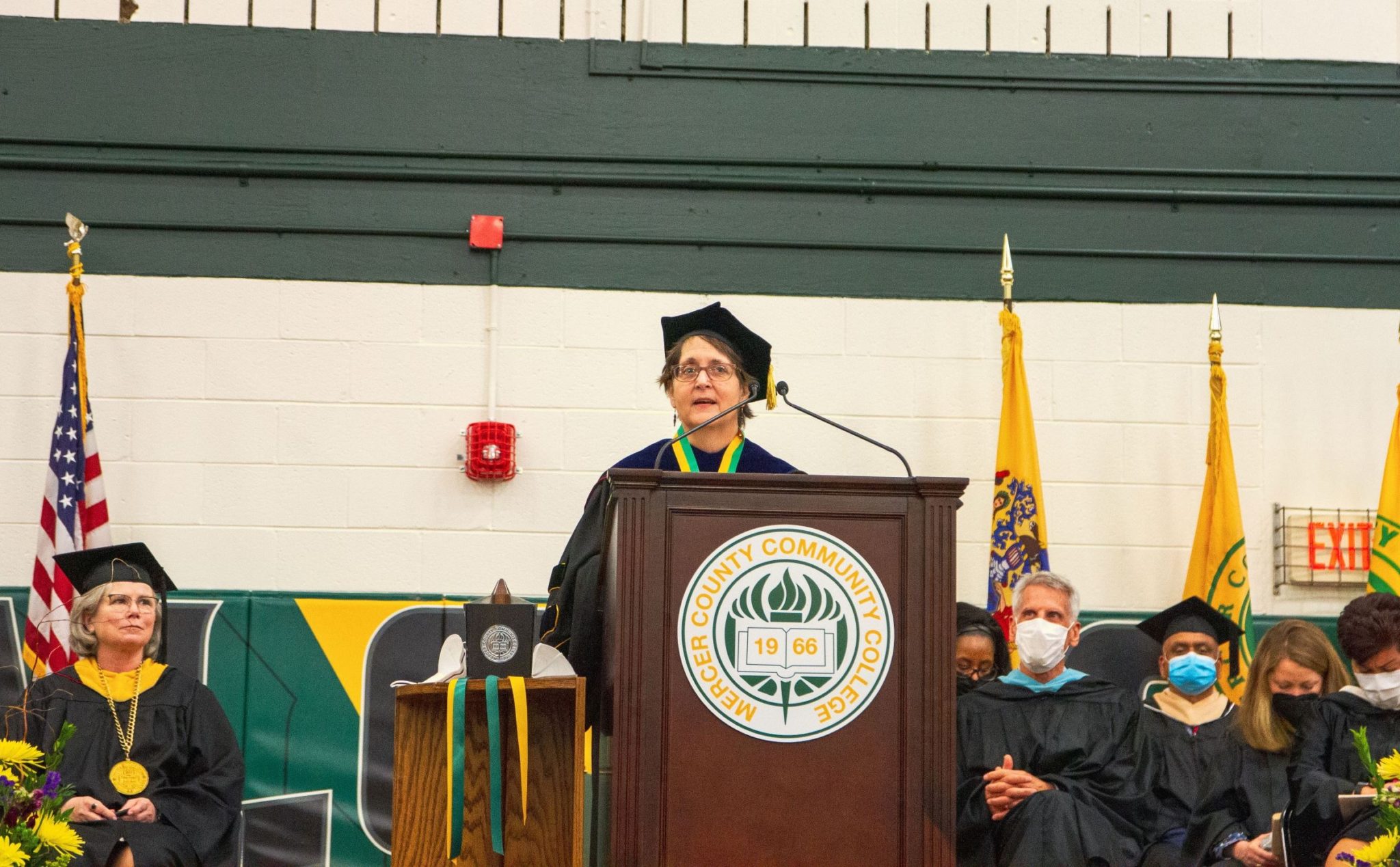 A Mercer County Community College’s professor of English is the recipient of the college’s 2022 distinguished teaching award.

Dr. Barbara Hamilton, of Freehold, has been a Mercer County Community College (MCCC) faculty member in West Windsor since 2012 and former coordinator for the Rutgers Writing Program, according to a MCCC press release on June 30.

Hamilton teaches courses including Composition l and ll (honors and standard sections) and gets to spread her wings in global literature courses like World Literature I and II and Introduction to Literature: Drama. She also teaches Liberal Arts Studies, an introduction to interdisciplinary thinking, according to the press release.

The annual award, announced during the college’s commencement on May 20, recognizes a professor for teaching excellence, based on nominations from students and colleagues.

In her acceptance speech at commencement, Hamilton urged students to put their hard-won knowledge to use.

“You’re leaving here with more skills, ideas, know-how and a wider vision of what’s possible. Always look for the positive thing and go do it,” she said.

Hamilton earned her bachelor’s degree in English from Carleton College, Minn., and her master’s degree and doctorate in comparative literature from Rutgers University. Before joining the MCCC faculty as an assistant professor, Hamilton taught at Rutgers, Montclair and several other local universities.

Hamilton said working with students in the classroom is a thrill and said she enjoys hearing from her former students after they move on.

“It’s great to learn that they have found their niche and are on fire with what they are doing. I know then that they will never have a boring life, and that they’ll never stop growing,” she said.

Outside the classroom, Hamilton works to improve the educational experience at MCCC and beyond.

She developed and expanded MCCC’s Liberal Arts curriculum, serving as coordinator of the Liberal Arts Program from 2014 to 2021. She has been a member of the Mercer Honors Advisory Council since joining the faculty; currently chairs the General Education Committee; is the Global Studies advisor; works with incarcerated students in the New Jersey State Trade Expansion program and has regularly served as a MCCC representative at state conferences, according to the press release.

Hamilton has published in academic journals throughout her career and continues to present at academic conferences nationwide.