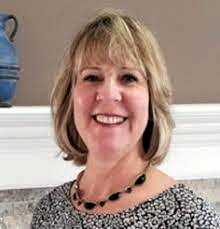 The National Association of County and City Health Officials (NACCHO) has named Margaret Jahn of Freehold Township president of its Board of Directors for the 2022-23 term.

NACCHO represents the country’s nearly 3,000 local governmental health departments.  Jahn is the director of the Freehold Area Health Department. Her one-year term began on July 1, according to a press release.

The mission of the Freehold Area Health Department is to assure the provision of an array of public health services to the residents of Freehold Township, Freehold Borough, Manalapan and Wall Township, according to the press release.

“I am honored to represent my public health colleagues nationwide and look forward to ardently advocating for the needs of local health departments, especially in light of COVID-19 and the unprecedented challenges health departments battled to protect Americans from death and disease,” Jahn said.

“On behalf of the Board of Directors and our local health departments, we are excited to welcome Margy as the president of NACCHO’s Board of Directors. Margy has been a strong volunteer and board leader for the past few years and we look forward to her thoughtful and continuing leadership during her presidency,” NACCHO Chief Executive Officer Lori Tremmel Freeman said.

Jahn has worked in public health for more than 35 years. She graduated from the College of William and Mary with a Bachelor of Science degree in biology and began her career as a registered environmental health specialist in 1988.

According to the press release, within a short time, Jahn recognized there was a need to improve the public health system in New Jersey and soon sought opportunities to develop her leadership skills. She returned to school and graduated with a master’s degree in environmental science (1992) and continued on to acquire a second master’s degree in public health.

In 2000, Jahn became a licensed health officer for the state and was promoted to the position of director of the Freehold Area Health Department in 2001.

Jahn has been a member of the New Jersey State Association of County and City Health Officials for more than 15 years and has served on the Executive Committee as an officer for 13 years, including a two-year term as president.

In New Jersey, Jahn has sought to promote responsible change in governmental public health and has worked to give local health departments a voice in response to political forces engulfed in an environment of consolidation and severe budget restraints, according to the press release.

Her career accomplishments include orchestrating a merger of the County Health Officer Association with the New Jersey Health Officers Association (city and municipal officials), hosting the New Jersey Statewide H1N1 Summit, and being the driving collaborator in establishing a Federally Qualified Health Center in a long overlooked community of need, according to the press release.