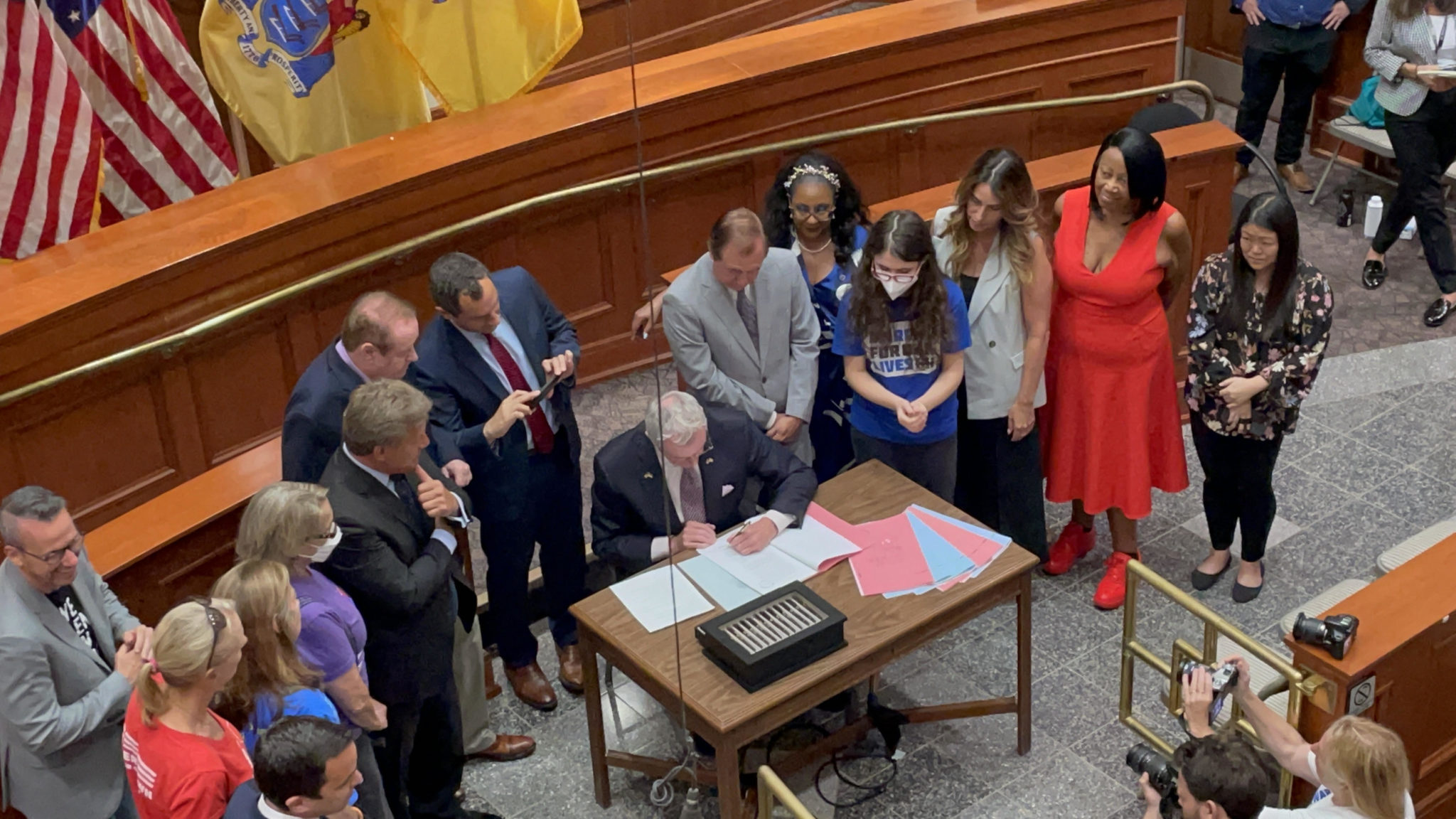 Gov. Phil Murphy has signed legislation which state leaders say will continue an initiative against gun violence in New Jersey. Murphy signed the legislation during a recent ceremony in Metuchen.

Murphy said supporters of the legislation were met by critics who were calling the supporters’ efforts “too ambitious” against a “strong” gun lobby.

However, the signing of the reforms shows critics “we can take on the epidemic of gun violence and win” and “put in place strong and smart gun safety laws that are consistent with the Second Amendment [while] still protecting our communities,” Murphy said.

State officials in attendance at the signing ceremony praised Raisa Rubin-Stankiewicz, the state policy associate with March For Our Lives, for her steadfast “bravery, confidence and advocacy.”

Rubin-Stankiewicz, who is a junior in college, said, “Not often do you come to a gun violence event and feel a source of hope. It only, unfortunately, comes during the year where we have had more mass shootings than days.”

She called the package of legislation a common sense set of laws, which are “so necessary,” that will help fill “state loopholes” and fill “federal loopholes at the state level.”

Rubin-Stankiewicz said she is “so grateful to live in a state where the governor and Legislature are willing to take action to save lives, to make our communities safer, to end gun violence in our communities and to hold the gun industry accountable.”

Asked for a comment on the new legislation, Scott Bach, executive director of the Association of New Jersey Rifle and Pistol Clubs, told Newspaper Media Group, “Gov. Murphy’s package of gun bills are completely off target. They limit the gun rights of honest citizens instead of severely punishing violent gun criminals. They make no one safer, but do allow pandering politicians to claim credit for what are in reality empty ‘solutions.’ ”

The legislation signed by Murphy includes:

A1765/S1893 – Allows Attorney General to bring cause of action for certain public nuisance violations arising from sale or marketing of firearms;

A4368/S2907 – Requires firearms retailers to sell microstamping-enabled firearms upon determination of availability by the Attorney General.