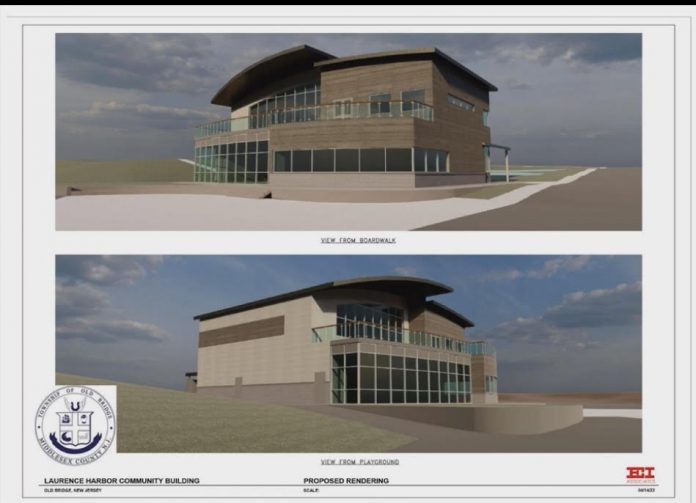 OLD BRIDGE – The township has secured federal funds for a new multipurpose community building along the Laurence Harbor beachfront.

Congressman Frank Pallone Jr. (D-6) announced he secured $2.25 million for Old Bridge in the Appropriations Subcommittee on Transportation, Housing and Urban Development Subcommittee spending bill for Fiscal Year 2023 in a statement on July 14.

The House of Representatives is expected to vote on the underlying legislation in the coming months, he said.

“I’m glad I was able to secure funding for Old Bridge to construct a new building for residents to use for recreation and community activities,” Pallone said. “This new shared space will help keep our friends and neighbors active and bring the community together. I look forward to seeing this project move through the legislative process.”

“This is the first step towards the revitalization of Old Bridge’s waterfront, which will not only spur economic growth but also create an engaging destination place within the township,” he said. “The township is currently working on designating the Laurence Harbor area as an area in need of redevelopment, which will drive reinvestment and redevelopment opportunities.”

In April, Henry joined Township Engineer Nicole Shapiro to present plans for the community center at a Township Council meeting.

A formed small steering committee drove the consultants to take advantage of the waterfront views and utilize the space, Shapiro said.

The proposed plans include demolishing the existing building and building upon it with a two-story, 4,500 square-foot, building with a total floor area of 9,000 square feet, a 1,319-square-foot second floor terrace and ground level outdoor plaza and amphitheater-like seating.

The proposed building will receive LEED (Leadership in Energy and Environmental Design) certification; provide for existing, plus additional, programming due to the larger space; become a revenue generating event space; and serve as an emergency shelter during extreme weather conditions and warming/cooling center in time of need.

Exterior men’s and women’s bathrooms are proposed for the beachgoers.

The current community center, which Shapiro described as “oddly shaped … almost like two octagons put together” was constructed in the late 1970s.

The building is also used as a staging area when there are events on the beach waterfront for emergency medical services, first aid, and police.