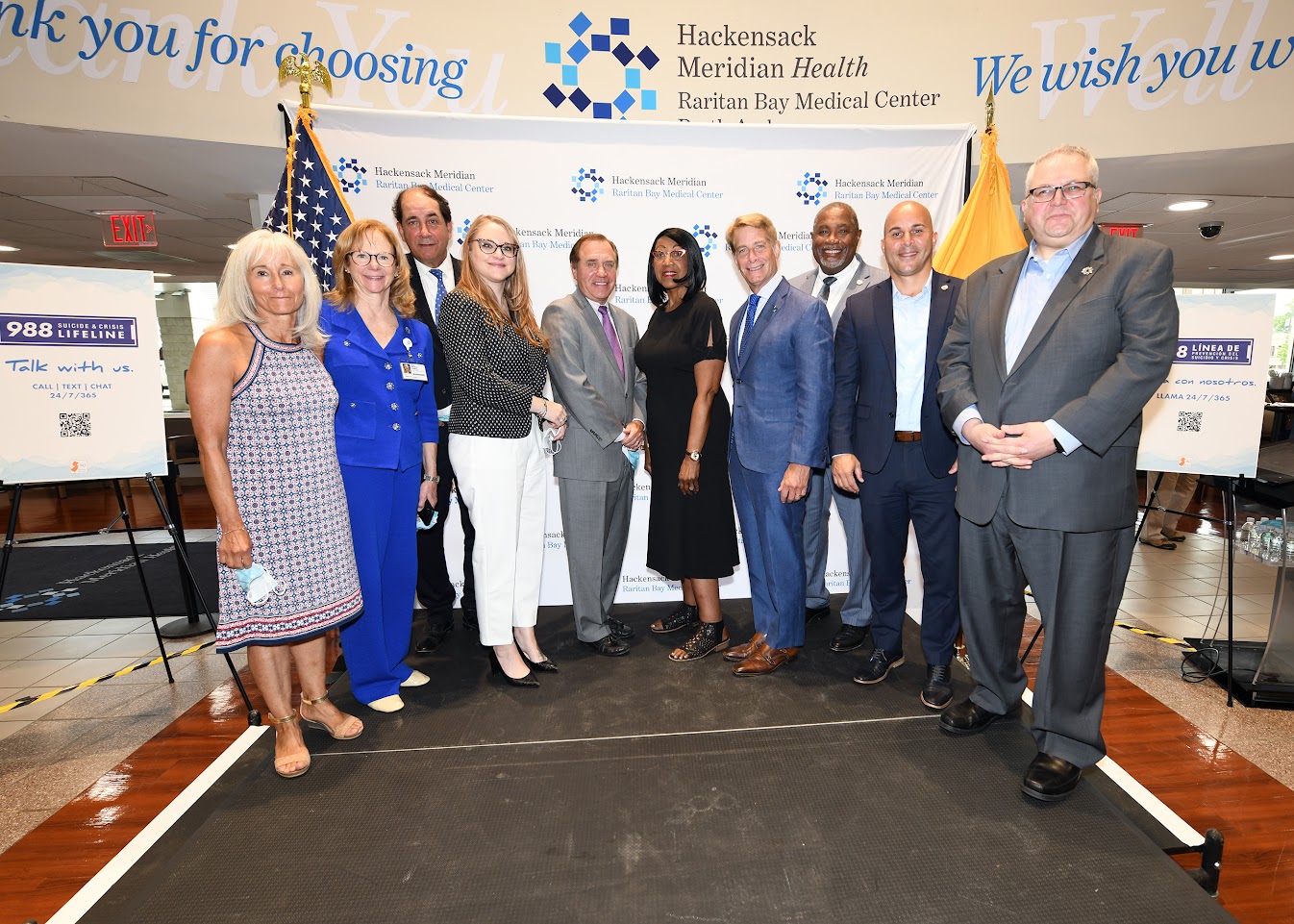 “The launch [of the mental crisis hotline] is only the beginning,” Wendy Sefcik said. “[This is] revamping a very broken mental health system that fails citizens and families throughout the state and country and that’s not for lack of effort, want and hope. It’s just a very broken system.”

“My family knows firsthand how broken our mental health system is,” she said. “My son TJ was an outgoing, intelligent varsity athlete with a smile that really lit up our world. He was much loved by family and had many friends; however, he struggled with depression. That dark cloud overtook him. He hid his pain behind a smile until it became too intense, and he began to act out. We saw extreme irritability and a teen spiraling out of control.

“We tried to access help, but we had difficulties navigating the system. If one of my family members had been struggling with a physical health crisis, it would have been no problem knowing who to call, who would respond and where I should go. It was not [and] still not the case when dealing with a mental health issue.”

Officials highlighted funding in the Fiscal Year 2023 state budget for mental health care and crisis response, which includes $28.8 million – $12.8 million for the 9-8-8 implementation and $16 million for mobile crisis response to support individuals in crisis who need in-person care. The hotline launched on July 16.

“We believe that the creation with this new 9-8-8 helpline will provide a critical new resource to help people in crisis and connect them to appropriate treatment service,” Garrett said.

The statistics are staggering. Suicide is a leading cause of death in the United States with 1 death every 11 minutes.

“More than 100,000 Americans died last year to overdose, a 30% increase from just the prior year,” Garrett said.

According to the National Institute of Mental Health, mental illness is the leading cause of disability in U.S. citizens ranging from 15-44, Sefcik said. Suicide is the third highest killer among people between the ages of 10 and 24.

“Surely, we can do more. We can do better, we must,” she said. “Today, let’s be the state of real change for a path of wellness for all those who struggle with mental health, and may we look forward to a day when no more families join me as survivors of suicide loss.”

The new 24/7 nationwide hotline aims to support those experiencing mental distress and will serve as the entry point for individuals and family members in crisis to access a continuum of care services.

“As a physician who sees patients regularly, I can tell you there’s never been a great need for behavioral health care in our country and here in New Jersey,” Solhkhah said. “Stressed, isolated and depressed. Those aspects are compounded by financial difficulties and global geopolitical issues.”

He said it’s critically important to keep a normal routine for the mental health. To improve mental health, one can take fresh air breaks, sit in the back yard for a few minutes and spend quality time with loved ones, he said.

“At stressful times, it is important to recognize when those normal coping strategies aren’t working and you need help of a professional,” Solhkhah said.

“[This] sometimes means individuals go home without new services or supports,” she said

The new mobile response teams will be led by licensed mental commissions and persons with relevant degrees, who can help identify community resources to benefit individuals.

At HMH, Garrett said they are making major investments in behavioral health care throughout the state.

Some $35 million has been invested to redesign Raritan Bay Medical Center to add 81 behavioral health care beds. The hospital will become a specialized center to include psychiatry and addiction services.

A new addiction treatment center has recently opened in Bergen County. The retreat and recovery at Ramapo Valley has had more than 1,000 visits for outpatient therapy, and officials are planning to open the next phase in Mahwah, a 48-bed in-patient unit.

“So many people in New Jersey, particularly young people are traveling out of state to receive addiction treatment services,” Garrett said. “We should have centers of excellence right here in New Jersey.”

HMH has opened a dedicated urgent care center for behavioral health in Neptune, Monmouth County, one of the first in the nation, Garrett said.

“So many patients in mental health crisis access our emergency departments and they have to compete with patients who just had a stroke, heart attack or were involved in a motor vehicle accident,” he said. “Often times they get kind of lost in the shuffle, so having a dedicated urgent care center for behavioral health will provide better access and provide an appropriate level of care.”

And because pediatric behavioral health visits at HMH has increased 90% in the last two years since the pandemic began, they are adding 40 pediatric beds at the Carrier Clinic Behavioral Health Facility in Belle Mead, Somerset County, Garrett said

HMH investments could not be done without the partnerships from the state legislature, he said.

“We are expanding this program this year to reach more doctors and more children,” he said.

Coughlin said the job ahead is to enhance the state’s existing community-based resources and to complete the New Jersey continuum of crisis care for “the teens who feel anxious and stressed, for the people who lost their jobs, for the veterans with post-traumatic stress disorder (PTSD) and for the grandparents who are suffering from isolation.”

“That’s what makes this so important,” he said. “It touches real people.”

Coughlin said officials are taking a holistic approach providing state funds towards the area of food insecurity, housing and childcare that can create stressors towards mental health.

“This is making everyone better and saving lives,” he said.

Oliver said they need to work on destigmatizing someone seeking mental health services.

“I think for a long time, that’s been part of the difficulty we have confronted in being able to help people,” she said. “There’s no shame in people stepping out to get help. Mental health is no different than physical health, the other health care we seek from our professionals. It’s just another aspect of the continuum of care in health care. Crisis is what we want to deal with, helping people get to a better place.”