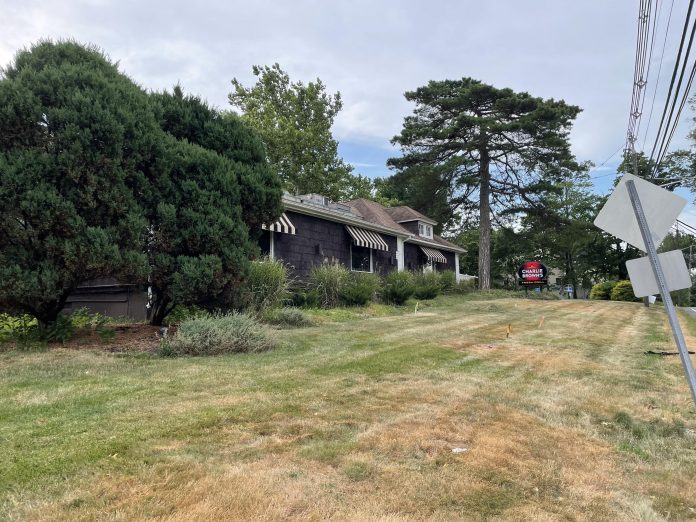 EDISON – Despite objections from residents, the Zoning Board of Adjustment approved seven age-restricted duplexes that will replace the former Charlie Brown’s restaurant on Plainfield Road.

The board approved Markim Developers LLC proposal for the site at a meeting in June.

“We reduced the density, we reduced the size of the buildings, we reduced the number of stories, we’ve gone to two bedrooms, [and] we age restricted the units,” said Attorney Steven Tripp, of Wilentz, Goldman & Spitzer PA, for Markim Developers. “We’ve done everything we think is reasonable to create what we think is a reasonable low intensity, low density senior development that fits in well with this particular site, which again is unique.”

Tripp noted in the 1960s, the Charlie Brown restaurant used to be a catering hall.

Markim Developers LLC first appeared before the Zoning Board in June 2021 with a proposal of 23 townhouses on the two-acre site.

Residents had banded together to form the Just Say No to Charlie Brown’s Site Redevelopment Plan Advocacy Group, which held rallies against the proposal. Mayor Sam Joshi, who was a councilman at the time, had expressed he was against the project with townhouses.

On March 18, Mark Roshanski, president of Markim Developers LLC, in an email to the township, said they would “either withdraw its pending application before the Zoning Board or amend its application to eliminate the proposed [23] townhouses.

“Markim Developers will propose a new plan for the development of the site, which will be consistent with the vision of the mayor and local residents.”

Joshi, who became mayor in January, shared the email on social media on March 21.

“There will be no townhomes built on the Charlie Brown’s site,” he said. “I made it clear I was against this project, and this is a step in the right direction towards stopping overdevelopment, ensuring responsible managed growth and having a master plan that supports Edison’s vision for now and the future.”

At the meeting, Roshanski said they “wanted to come back to the board with a fresh new plan in hopes of satisfying residents and the board.”

“My mission is to address all concerns raised by the board and the public,” he said. “Based on the feedback, we made the following changes to the application and plans. Units will all be two-story duplexes in eight buildings [and there will be] 16 two-bedroom units in total. There will be private elevators in every unit. As before, a deed restriction would be imposed for age restricted requiring one of the residents to be at least 55 years of age and no children under the age of 18.

“We have drastically reduced the number of units previously proposed by 30%, the number of bedrooms have been reduced from 69 to 32, a reduction of more than 50%. The entire scope and scale [of the application] has been reduced to feel like a single-family neighborhood.

“This project is an opportunity for a residential housing type that is in short supply for this area. It will [allow] older Edison residents an opportunity to stay in town, downsize and enjoy the luxuries of senior housing,” Roshanski said.

Each unit has a garage and an abutting driveway space. There are 48 parking spots for the entire development, according to Mathew Wilder, professional engineer for the applicant.

The new plan includes sidewalks, handicap crosswalks and a crosswalk from one side of Plainfield Road to the other near the Metuchen Golf and Country Club, Roshanski said.

Paul Phillips, professional planner for the applicant, said the site in the Golf Course zone is suited for a small self-contained multifamily development with adequate safeguards put in place.

He said with the proposal, the site will generate zero school children and provide an annual net revenue of $194,000 for the township and school district.

Phillips said they looked into six family homes for the site, which would only generate an annual net revenue of $72,000.

In 2003 during the last comprehensive Master plan, officials mentioned the need for various forms of senior housing given the demographics. This need carried over into the 2011 Master plan reexamination, Phillips said.

Many residents came up during the pubic portion of the meeting opposing the new proposed plan. They said despite the changes, they felt the proposal was still “too dense” for the area of single-family homes.

Residents have said they believed several single-family homes on the site would be more appropriate and would fit the scale and density of the neighborhood.

Board member Peter Skibar said he does take into consideration what residents have said noting he has lived in the township for 28 years and has “suffered the traffic on Plainfield Avenue as well as all around town.”

“I look at the application and I look at what impact it’s going to have,” he said. “We haven’t had any direct testimony on what single family homes would look like, but … if you would have eight, four-bedroom homes, ‘What would the intensity be?’ ‘How many cars could each home conceivably have?’ ‘How many children could each home conceivably have?’

“I look at what other type of use [the site could have]. A high-volume restaurant could greatly impact traffic in that area as well as the residents.”

In addition, Skibar said, “there is an overall 30% reduction from the initial application, [the applicant] addressed many privacy concerns, [the applicant is] willing to reduce one of the units to alleviate [impact], in the Master plan [there’s a need to create] senior housing, duplexes compared to townhouses are less impactful, and if [the applicant is able] he is willing to restrict the age of residents [who can live at the site] to 19 [and above].”

Board member Michael Comba said the decision for the site had been a difficult one.

“Charlie Brown was a dream. When my wife and I moved into Edison, we were able to walk there and have a nice meal and enjoy. When we had kids later on, we would take the kids there. It was our lunch time spot,” he said. “They were unfortunate victims of COVID. For the past year, we’ve considered different proposals. As a right, another restaurant could go there. It could be a more intense use of a restaurant and could be a huge detriment to the neighborhood.”

James Ayotte, supervisor of compliance enforcement for the board, said it’s important to note, duplexes are two single-family dwelling units, which are separated from a wall extending from the basement to the roof.

“These are not multifamily units and do not have to be registered with the state,” he said.