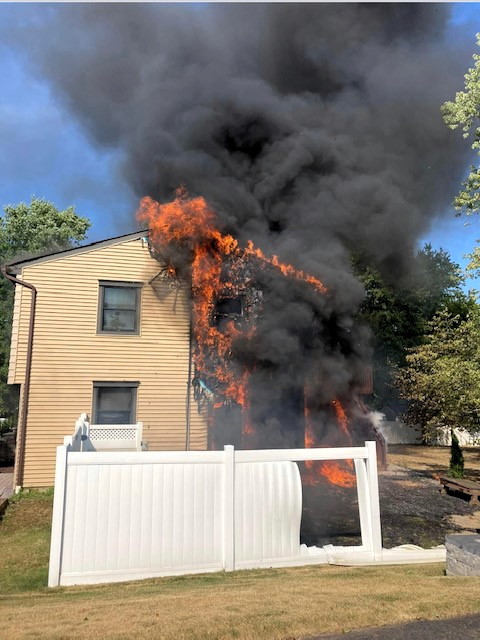 MARLBORO — Authorities are continuing to investigate the cause of two fires that broke out in Marlboro during the weekend of July 23-24.

According to a July 25 press release issued by Marlboro Police Department Capt. Steve Levy, on July 23 at 4:30 p.m., police received an alarm call at 238 Boundary Road, which is the location of a warehouse belonging to Plasma Power and Systems Inc.

Levy said while patrol officers were en route to the scene, police received additional information from Monmouth County dispatch reporting a structure fire. When the officers arrived on location, they could see flames and heavy smoke coming from the warehouse.

The warehouse was unoccupied at the time of the fire. Boundary Road was closed between Vanderburg and Dutch Lane roads while firefighters from multiple fire companies worked to extinguish the flames.

The fire was put out at 9:30 p.m. There were no injuries reported at the scene. The cause of the fire remains under investigation by the Monmouth County Fire Marshal’s Office. The warehouse was deemed uninhabitable, according to the press release.

Levy went on to report that on July 24 at 5 p.m., Marlboro police received a 911 call reporting a heavy smoke condition and a residential fire at 3 Hillside Terrace.

Firefighters arrived at the location and extinguished the fire. The fire was reported to be out at 5:30 pm. Harbor Road was closed between Route 79 and Tennent Road while firefighters battled the flames.

The Monmouth County Fire Marshal’s Office is investigating the fire. No injuries were reported at the scene and the house was left uninhabitable, according to the press release.